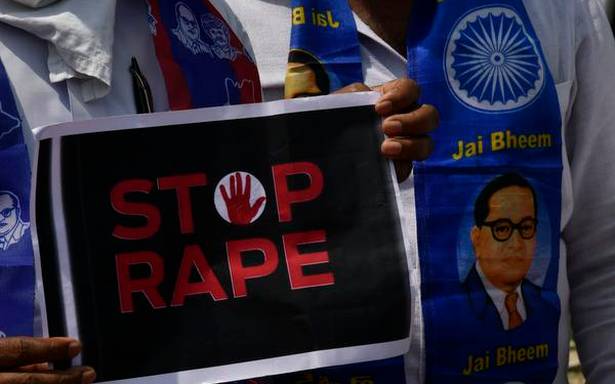 Rapes cases have gone up by over 23 % in Telangana during 2021, even as the overall crimes jumped by 4.65 % in the state, the state police said on Friday.

Since, the public have become well-versed with existent technology and familiar to online method, lodging online petitions without approaching the police stations has been increased enormously, the police said as the reason in the increase in overall crime cases.

"Total of (2,382) rape cases were registered during the current year 2021. These cases have been analyzed and it was ascertained that the offenders are mostly known to rape victims," police said.

"It was also found that rapes were committed by unknown accused persons only in (26) cases. In the remaining (2,356) cases, victims were raped by close family members/friends /lovers/colleagues/acquaintance etc." As many as 17,058 cases were registered under Crimes against Women while 2,565 POCSO (Protection of Children from Sexual Offences) Act cases were slapped during the current year.

"The desperate efforts of CPI (Maoist) to revive the movement in Telangana are effectively thwarted by the Police and no activities of underground Armed Formations of CPI (Maoist) are noticed in the State," the police said.

Due to various initiatives, year by year the response time for the emergency calls has been brought down from 10 minutes in 2019 to 7 minutes in 2021, the state police said on the overall system.