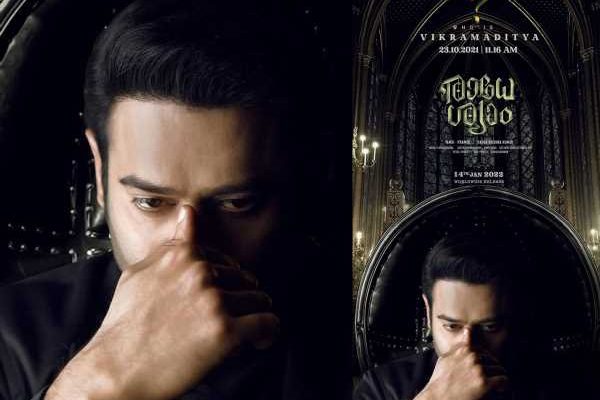 Young Rebel star Prabhas and Pooja Hegde starrr much-hyped mega budget film  Radhe Shyam is  getting a grand worldwide release on 7th January. The movie directed by  Radha Krishna Kumar of Jil fame is a romantic drama made on an international scale. It is being made on a whopping budget  and is bankrolled by UV Creations.  According to the latest report, RD Illuminations has acquitted the distribution rights of Prabhas and Pooja Hegde starrer much hyped movie Radhe Shyam for a post pandemic record price.

Radhe  Shyam is planned as a multi-lingual film. The movie is bankrolled by UV Creations and T-Series. And it is releasing in Telugu, Hindi and Tamil languages. To give a pan Indian appeal, the  romantic drama has actors from various languages as part of its cast.

Prabhas is playing the role of Palmist Vikramaditya in this film. Few days ago, the makers of Radhe Shyam released  the teaser  that promised to offer  the movie lovers something which we have not seen before.

On the otherside, Prabhas is also playing the lead role in Salaar, Adipurush, Spirit and Project K.