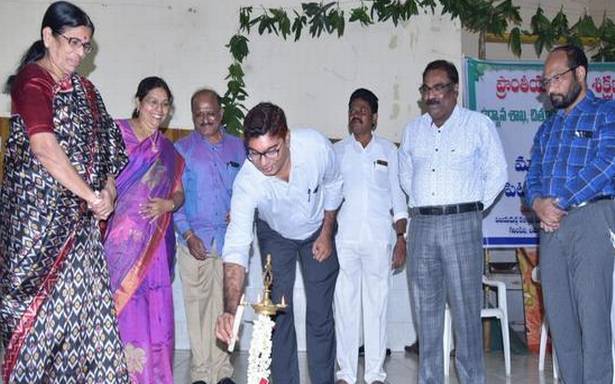 Horticulture scientists on Sunday cautioned mango growers against indiscriminate use of pesticides as this would adversely impact the chances of exports to foreign countries.

Officials of the Horticulture Department, in association with the Tirupati-based Citrus Research Station, organised the first round of interaction session and awareness programme with mango growers here.

Deputy Director (Horticulture) B. Srinivasulu said that the mango exports had suffered last season (May-July) due to the presence of pesticide residues in the produce.

Instead of using pesticides, farmers were asked to go for organic way of cultivation as this would not only result in high yields but also enhance the prospects of exports and profits.

The official said that with copious rains in November this time, there was no need for mango growers to use an overdose of pesticides or inorganic fertilizers.

“With organic manure and judicious use of pesticides, the growers could reap rich yields with superb fruit quality. Unfortunately, some farmers use pesticides indiscriminately hoping to get high yields. This eventually will lead to a failed scenario when it comes to exports, which requires maintenance of international standards,” Senior Entomologist (Citrus Research Station) D. Srinivasa Reddy said, adding that as the flowering season had started in the Chittoor district, the farmers should be careful in the use of pesticides.

“This year, the cultivation is spread over 1.17 lakh hectares in Chittoor district, of which 80,000 hectares were used in harvesting the ‘thothapuri’ variety meant for supply to as many as 28 pulp industries. This time, we are expecting about 7 lakh tonnes of yield,” Mr. Srinivasulu said.

A series of awareness camps for the farmers would be organised where scientists from the YSR Horticulture University will participate and interact with farmers, the official said.