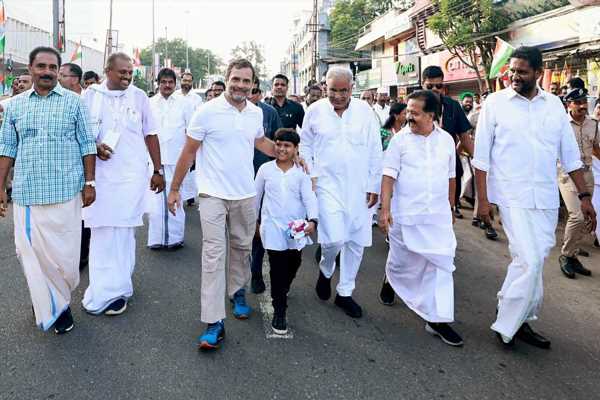 The ultimate consequences of Rahul Gandhi’s yatra may be known only in 2024, points out Sudhir Bisht.

Rahul Gandhi, the MP from Wayanad in Kerala, embarked on a Bharat-Jodo Yatra or Unite-India Journey about three weeks ago.

The name Bharat-Jodo (Unite-India) is a bit of an enigma for me as I believe that India has stayed absolutely united since Independence in 1947. I assume that Rahul Gandhi is trying to unite India against the predominant political power that the Bharatiya Janata Party has become and Rahul wants to oust it at all cost.

Many social activists have joined the Bharat Jodo Yatra even as most non-Congress Opposition parties have stayed away from it. Among the star activists who have joined Rahul is Yogendra Yadav who has taken a two-year leave from the Samyukt Kisan Morcha to lend a helping hand to Gandhi.

The 3,570-km yatra stretch, from Kanyakumari to Kashmir, would pass through 12 states and two Union Territories and would take about 150 days to culminate. The Gandhi family scion has termed the yatra (or the great journey) as a non-political one.

His party’s senior leader, Dr Shashi Tharoor, however hopes that, ‘Bharat Jodo Yatra can also achieve the objective of ‘Congress-Jodo (unite Congress party)’ and help in the party’s revival.’

I take this opportunity to present to readers some of the epic yatras undertaken in the past. The yatris range from Lord Ram to Ram-bhakt Advani. The former took the righteous path of dharma by renouncing material comforts while the latter took the religious path to gain political dividends. 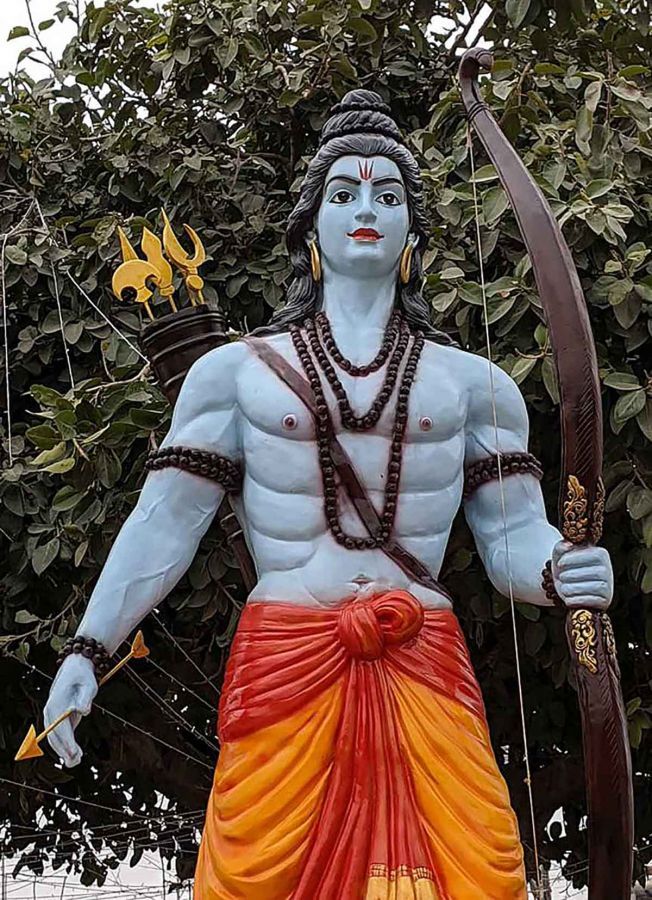 India has treated travellers with awe and admiration. In Treta yug (era), Bhagwan Ram travelled from what is now known as UP to the southern-most tip of India and even a bit beyond present-day Indian boundaries.

From the last point of his epic yatra, Bhagwan launched an attack on Lanka’s demon King Ravan. The epic journey by Lord Ram, in the company of his wife (Sitaji) and younger brother (Lakshman) began from the banks of the Saryu river.

It covered Prayagraj in Uttar Pradesh; Chitrakoot in Madhya Pradesh; Panchvati in Nashik, Lepakshi in Andhra Pradesh; Kishkindha in Karnataka; Rameshwaram in Tamil Nadu; and Talaimannar in Sri Lanka.

Lord Ram temporarily lost the company of Sitaji from Nashik onwards and his journey southwards in search of his wife led to his meeting Hanuman in Kishkindha and with his help, Ram vanquished Ravan in Sri Lanka.

Lord Ram is believed to be the incarnation of Lord Vishnu and in his human avatar, he spent 13 years in forests. The legend of Ram is closely associated with his 13-year yatra outside his kingdom. The entire saga of Ram is built around his yatra where he was confronted by one challenge after another on a regular interval.

Ram was the first yatri who image is enshrined in the hearts of over a billion people.

Gautam Buddha — the founder of Buddhism 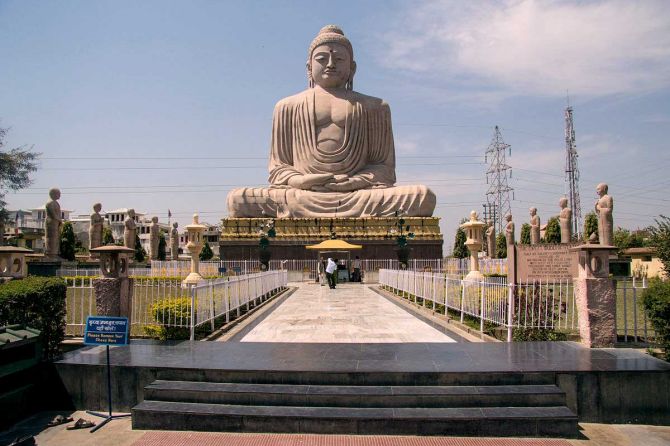 Gautam Buddha comes to mind as the next famous traveller who travelled from Lumbini in present-day Nepal; to Sarnath in Varanasi (Uttar Pradesh); to Bodh Gaya in Bihar and eventually to Kushinagar in UP where he attained Nirvana.

Most places that Gautam Buddha visited were in the Gangetic plains. The great sage Buddha, also referred to as ‘Bhagwan Buddhs’, is followed by hundreds of millions across the globe.

It is difficult to believe that Siddhartha, the prince of Kapilavastu, would have become Buddhs, the Master, if he had not undertaken those long spiritual and soul-awakening yatras in solitude and later in the company of his followers.

It was the great Buddha who taught to the world the path to Nirvana that would free humans from worldly sufferings and unending cycle of rebirth.

Had Buddha stayed on in his royal home, he would have become just a minor footnote in the annals of history. Gautam Buddha today is considered as the ultimate Guru who showed the middle-path to human beings, the one that lies between the two extremes of carnal pleasures and highest form of asceticism.

Adi Sankaracharya — the reviver of Vedanta 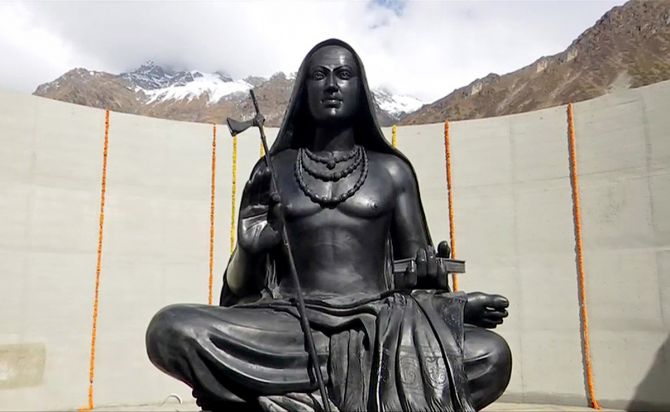 Ram worshipped Bhagwan Shankar (Lord Shiva) and the next famous yatri that I can think of is considered to be the incarnate of Lord Shiva. The world knows him as Adi Sankaracharya who more than 1200 years ago travelled to the four corners of India to disseminate the knowledge of Vedanta.

Sankaracharya established the supremacy of ‘Brahm, the supreme existence and the absolute reality’ over the powers of abject ritualism that seemed to have afflicted Sanatam Dharma in India. The teaching of Sankaracharya can be summarised in ‘Brahma Satyam Jagan Mithya Jivo Brahmaiva Na Aparah — Brahman is the only truth, the world is unreal, and there is ultimately no difference between Brahman and individual self.’

Adi Sankaracharya established our four mathas (holy places of faith) across India. We know these mathas as the Sri Sringeri Sharada Peetam in Chikmagalur in Karnataka; Jyotir Matha in the Garhwal region in Uttarakhand; Kalika Matha in Dwarka in Gujarat; and Govardhana Matha in Puri in Odisha.

The short-distance Traveller of many yatras — Mahatma Gandhi 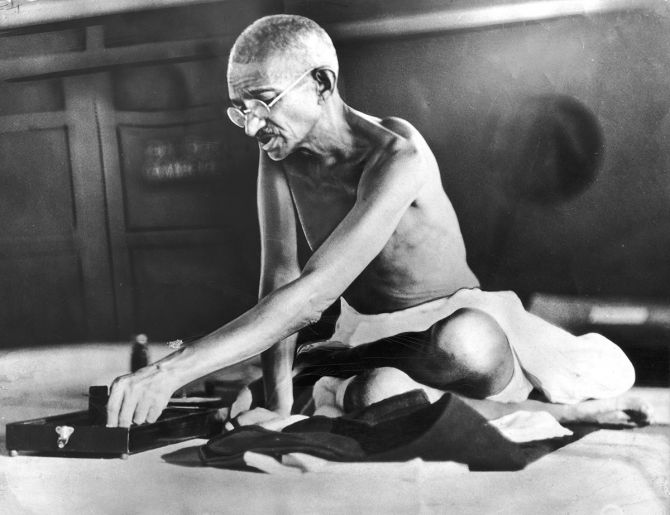 Mahatma Gandhi too was a great traveller as he sought to unite the country in his fight against the British Raj. He undertook several short marches in different periods of time to protest against foreign rule.

The 240-mile-long route started at the Sabarmati Ashram and ended at Dandi, both in Gujarat. The British government used to impose a tax on salt and it comprised about 8% of all tax revenue earned by the Raj. The Salt Act, 1882, had vested the powers to manufacture and distribute salt, at the wholesale level, exclusively at the discretion of the Raj.

Gandhiji gave a clarion call to break the salt law and he produced salt at Dandi by evaporation of sea water. This symbolic gesture led to a great movement that focused on ending the illegitimate rule of foreign country over India.

The Dandi march passed through 48 villages and culminated with the arrest of Gandhiji and his followers. The Dandi March was able to galvanise Indians against the Raj and it led to the nationwide Civil Disobedience Movement.

The Dandi March is remembered for the nationwide impact it created, against the mighty British Raj. 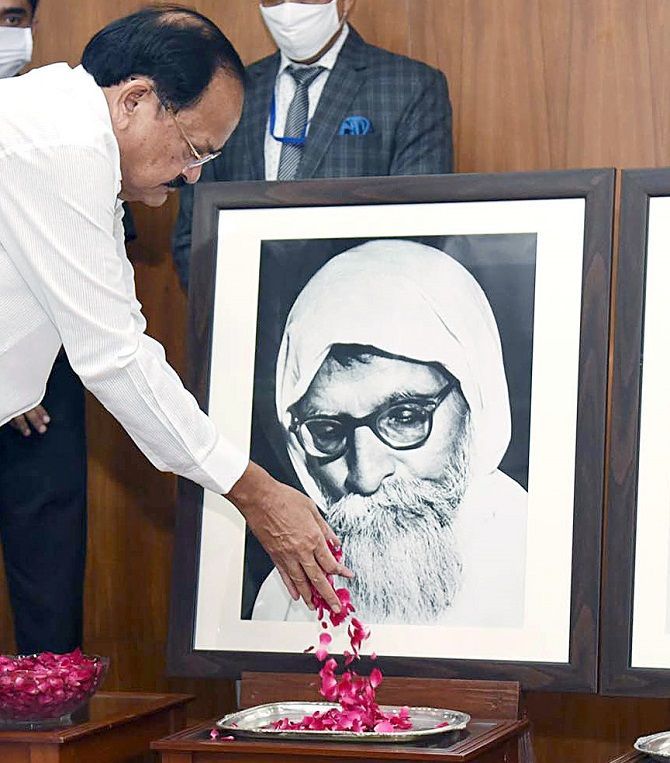 About two decades later, Gandhiji’s disciple, Acharya Vinoba Bhave, undertook many yatras to achieve the end goal of ‘Sarvodaya’ which means upliftment for all.

The Sarvodaya movement yatra, started in 1950, led to the Bhoodan Andolan (land-gift agitation).

During his yatra in Pochampally village in Telangana, Vinobha Bhave met Dalit villagers who prayed that if they had their own land, they could transform their living standards substantially.

Bhave called for a meeting of villagers the next day and he made a fervent appeal for donation of land from the big landlords.

Much to the astonishment of everyone, the rich landlords voluntarily and happily agreed to give up 100 acres of land to the Dalit villagers.

That one incident kick-started the Bhoodan movement. Vinoba Bhave travelled about 59,000 kilometres over the next 13 years and was able to achieve land donations of up to 4.4 million acres.

I may add here that Jayaprakash Narayan was so inspired by Bhoodan that in 1954 he decided to immerse himself completely in the andolan. JP decided to dedicate his life to service of the nation and chose to stay away from any position of power in free India. 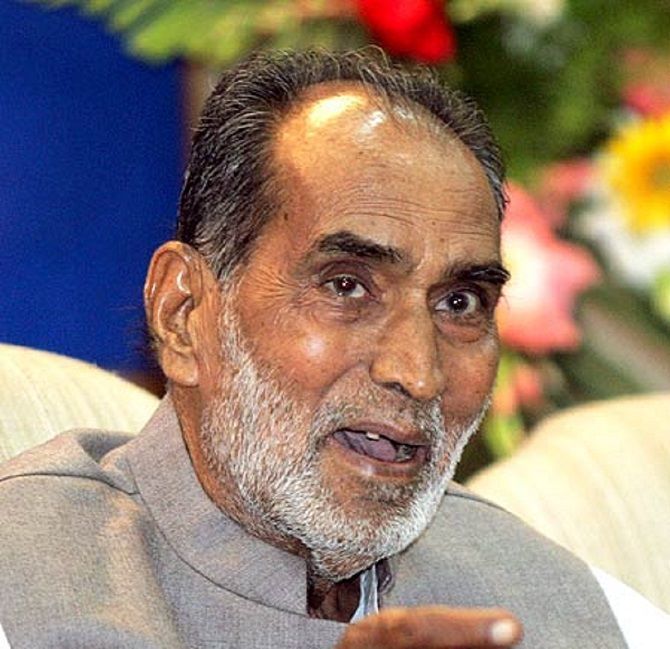 Many years later, Chandra Shekhar, then the 56-year-old president of the Janata Party, undertook a six month Bharat Yatra from Kanyakumari to New Delhi’s Raj Ghat. Chandra Shekhar began his journey on January 6, 1983, the day his party had won the assembly elections in Karnataka.

Chandra Shekhar would travel for at least 25 kilometres every day and meet people from all walks of life. When he reached Attingal municipality area, which lies about 25 kilometres north of Thiruvananthapuram, he was met by then Karnataka chief minister Ramakrishna Hegde and his cabinet colleagues. Hegde flew down to Kerala only to seek Chandra Shekhar’s blessings.

The Janata Party had won the Karnataka assembly elections in alliance with S Bangarappa’s party and Bangarappa himself was an aspirant for the chief minister’s post.

When Bangarappa heard that Hegde and his team had gone to meet Chandra Shekhar in Attingal, he too rushed to meet the Janata Party president at Alapuzha.

I am quoting the two instances to point out that Chandra Shekhar’s Bharat Yatra made him an instant hit among the masses and his new-found fame was not lost on his party colleagues.

Chandra Shekhar’s popularity after he concluded his yatra was so huge that he was catapulted to the position of one of the most charismatic leaders of India. His yatra became a source of envy for other leaders in the country.

There was massive support for Chandra Shekhar among leaders of other political parties too. For example, in Kerala, there were instructions from the Communist Party of India-Marxist to its district and block level leaders to render all assistance for the yatra.

The 4,260-km Bharat Yatra gave a huge push to the Thakur from Ballia and I have no doubt that the yatra helped Chandra Shekhar become the prime minister of India a little over seven years later. 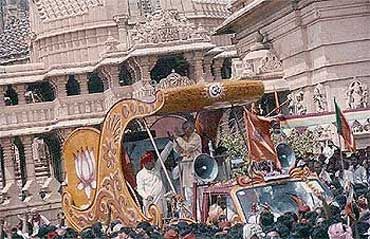 The last grand yatra in recent times was undertaken by Lal Krishna Advani, the top BJP leader who must be given credit for the surge of the saffron wave in India.

Advani’s Rath Yatra, from Somnath (Gujarat) to Ayodhya (UP) was built on the theme of Hindutva.

The cry of ‘Mandir Wahin Banayege‘ or ‘we will build the temple there’ (referring to Ayodhya’s disputed site where Lord Ram was born) united the caste-ridden Hindu Samaj like never before.

The Rath Yatra started on September 25, 1990, and ended on October 30. The leader of the yatra couldn’t reach Ayodhya as he along with 60,000 supporters were arrested in Samastipur in Bihar by the then CM, Lalu Prasad Yadav.

Advani’s Rath Yatra is seen as a landmark event in the journey of Hindutva politics in the country. The BJP was propelled to the status of the foremost Opposition party of the country. The party never looked back after that and has gained from strength to strength.

Every yatra that I listed above achieved its objectives — stated or unstated. If Lord Ram’s yatra set the bar for idealism, valour, patience and righteousness, Advani’s yatra set up his party on the high road to power.

The ultimate consequences of Rahul Gandhi’s yatra may be known only in 2024. In its first three weeks, the results have been rather underwhelming. I wish that Rahul’s yatra is as much about uniting India as it is about him discovering his true calling.