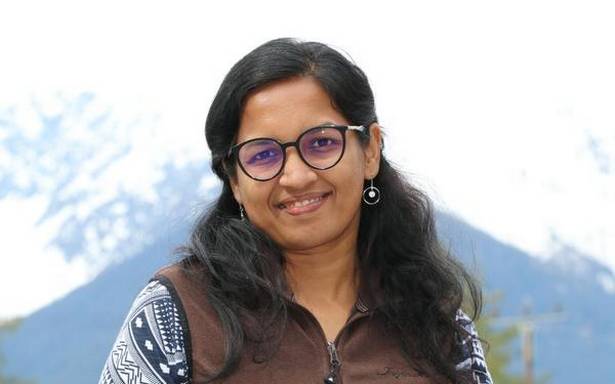 The COVID-19 pandemic has demonstrated the urgent necessity for a low carbon economy to improve air quality, energy resources and sustainable ecosystems. The unprecedented drop in the world’s carbon footprint by 2.6 gigatonnes (Gt) — a magnitude very close to the total annual emissions of India — during the lockdown emphasises the magnitude of actions required at a global scale to combat climate change.

A team of researchers from the Indian Institute of Science Education and Research (IISER) Bhopal led by Dr. Dhanyalekshmi Pillai, who heads the Max Planck Partner Group (MPI-BGC Germany) at the institute, are attempting to address the climate change challenge by developing and implementing an innovative data-model fusion technique which aim to dramatically improve air quality over India.

This consists of an advanced high-resolution atmospheric CO (carbon monoxide) modelling technique, which is capable of devising strategies to address air quality issues faced by both agricultural sectors and in megacities across India, particularly with respect to Delhi, Mumbai and Bengaluru.

The team’s research was recently published in one of the prestigious scientific journals of the European Geosciences Union (EGU).

“While the pandemic has seen a radical decline in global emissions, the point is, can we sustain this declining trend to fix the climate crisis and pivot toward a sustainable future?” says Dr. Pillai.

The study, whilst primarily focused on the severe and persistent degradation of air quality in northern India, can be applied to cities all over the country.

“The common notion is that the air pollution in north India reaches crisis levels during the post-monsoon season in October and November due to excessive crop residue burning in the States of Punjab and Haryana. But limited data coverage and inappropriate or incomplete methodology has ensured a paucity of knowledge on the relative contribution of wintertime meteorology and emission from other sectors. We found that biomass burning plays only a minimal role in both column and surface enhancements of CO, except for the State of Punjab during the high pollution episodes,” said Dr. Pillai.

The researchers have demonstrated the potential use of an atmospheric transport model, the Weather Research and Forecasting model, coupled with chemistry (WRF-Chem) to identify and quantify the role of transport mechanisms and emissions on the occurrence of the pollution events.

The investigation is based on the use of carbon monoxide observations from the TROPOspheric Monitoring Instrument (TROPOMI) on board the Sentinel-5 Precursor satellite and the surface measurement network, as well as the WRF-Chem simulations, to investigate the factors contributing to CO enhancement over India.

“Recently available high density and high accuracy observations from the Copernicus Sentinel-5 Precursor satellite have aided in investigating these high CO pollution episodes which would not have been possible otherwise,” says Ashique Vellalassery, a Ph.D. student at IISER Bhopal, one of the lead authors of the paper.

He said that the model can be applied to any of the Indian megacities and urban areas which face moderate to severe air quality issues.

“Every city is different when it comes to the strength of emissions from source sectors, atmospheric dispersion of emissions, and implementation of emission reduction strategies. For instance, the model can be applied to Mumbai by considering its atmospheric flows. Further refinement of the technique can be made when it comes to dedicated studies over a specific city. For example, we can scale up this technique to test whether the action plans are adequate enough to tackle the problem of Mumbai’s air pollution,” explains Dr. Pillai, adding that the model helps in identifying priority sectors such as residential and industrial emissions where immediate policy intervention is required.