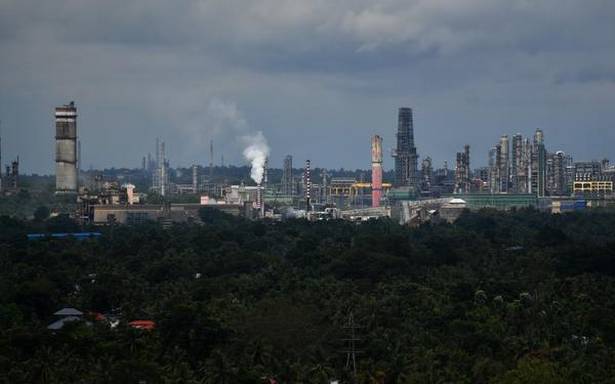 In a letter to Union Petroleum Minister Dharmendra Pradhan, they say no revision since pact on pay ended in August 2018

The Left Members of Parliament from Kerala have requested Union Petroleum Minister Dharmendra Pradhan to resolve the issues pertaining to the pay revision of the workers in Bharat Petroleum Corporation-Kochi Refinery.

In a letter sent to the Minister on Thursday, they pointed out that the long-term agreement related to their pay revision had to be renewed from August 1, 2018. But no pay revision has taken place so far. The methodology for pay fixation as implemented for officers in other public sector undertakings was given to the officers of the BPCL too, it said.

The MPs stated that the company management was not ready to accept the common formula and rejected any discussions on the issue. “We condemn the discriminatory stand of the management,” they said.

The MPs also urged the Minister to remove the anomalies in the long-term settlement of the Kochi Refinery workers. They also questioned the clause which stated that the management can make any changes in the salary agreement from June 1, 2022.