A Dalit woman’s body and sexuality are of no worth. A Dalit woman is treated as Dalit by the state, even after rape and murder. 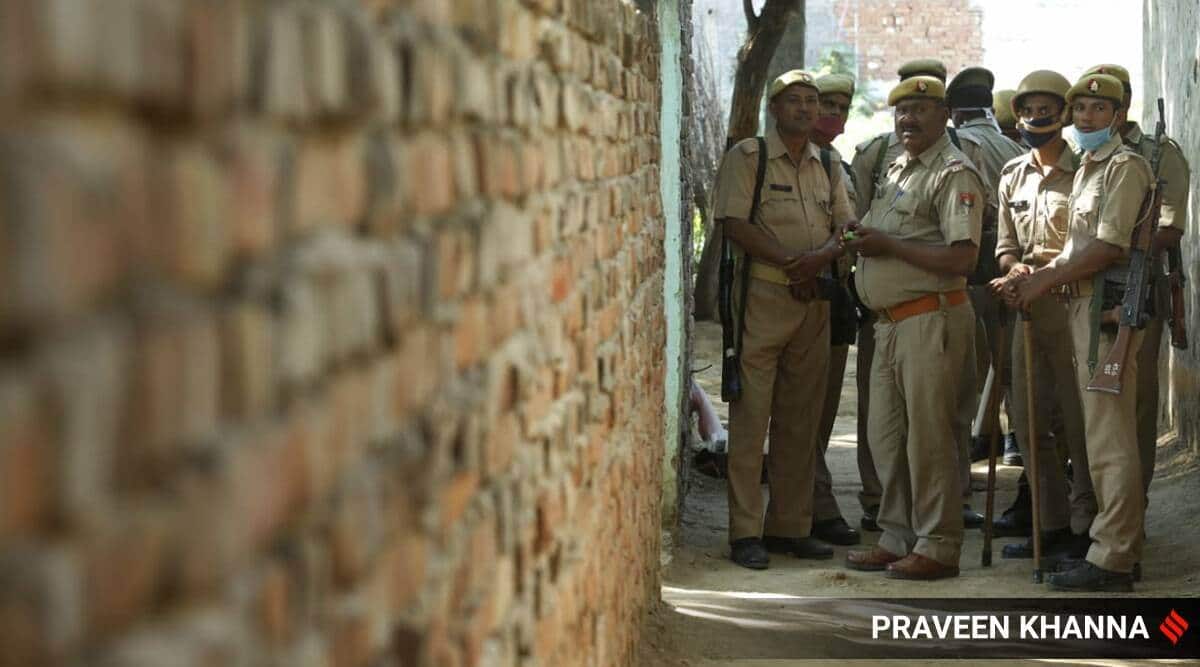 The rape and the subsequent death of a 19-year-old Dalit woman in Hathras has created a political and ideological struggle in India. Congress leaders Rahul Gandhi and Priyanka Gandhi Vadra have made it a political issue. Both the Supreme Court and Allahabad High Court have also taken the matter seriously. However, the governments in Uttar Pradesh and at the Centre have shown their caste bias. How does the caste background of a women who gets raped and murdered by men from different caste backgrounds, decide the response of the state? The answer to this question reveals much about the nature of the Indian state.

The Hathras victim is not only a Dalit but also from a very poor background. The alleged rapists are Kshatriya (Rajput or Thakur) village youth. Since Yogi Adityanath also belongs to the same caste, and has much power concentrated in his hands, the state machinery was quickly galvanised to defend the accused. The entire effort of the state machinery from top to bottom was to appease Yogi and his community. The machinery played a proactive role to cover up the crime and wash away the evidence. The police, civil administration and medical system tried to show that the Dalit woman’s rape was no rape, her murder was no murder.

Burning the victim’s corpse at 2.30 am without informing her parents or community leaders is to wipe out the evidence of rape and murder. Burning the body would burn the evidence forever. The so-called Hindu tradition of burning the dead body was used to wipe out any future risk to the state and the accused in this case.

Opinion | Jaiveer Shergill writes: Hathras case and its aftermath shine a light on need to sensitise police to its role in society

Look at the other case in Telangana. The woman, who was allegedly raped and murdered, was a Reddy (landed Shudra caste) and a veterinary doctor with a strong base in the local community. The community responded and moved the state apparatus to punish the alleged rapists with great alacrity. The Reddys of Telangana have significant power — the state is headed by a Velama leader, K Chandrasekhar Rao. The police (the system was not involved here as the alleged rapists burnt the dead body themselves) immediately after the gang rape and murder took an unbelievable step. What did they do? They just killed the accused in a so-called “encounter”, exactly at the same place where the accused killed her and burnt her body.

The third major gang rape was the Delhi December 2012 case. The Hathras case took place in a small UP village and the other rape happened in Hyderabad city, but the 2012 rape took place in Delhi, the country’s capital. She was from a Bhumihar (upper caste) family, with an educational background in physiotherapy. The entire middle-class youth shook up the UPA government after that incident. She was rushed to Singapore for treatment by the state, yet she died. The Nirbhaya Act was passed and the rapists were hanged, though after a long time. The state fought her case without much hassle.

These three cases illustrate that the Indian state still operates on the fundamental principle of varna dharma. A Dalit woman’s body and sexuality are of no worth. A Dalit woman is treated as Dalit by the state, even after rape and murder.

Opinion | Suraj Yengde writes: Hathras atrocity proves yet again that caste solidarity is firmer than anything else

After 70 years of a modern, secular and democratic constitutional government, the character of the responses by the Yogi Adityanath government, the Chandrashekhar Rao government and the Delhi government paint a picture of brazen caste-cultural differences. The judiciary, police and the medical systems, too, seem to follow the state in this regard.

Prime Minister Narendra Modi and Yogi Adityanath are core leaders of the larger “family” of the RSS and BJP. The PM did not make any policy statement after the series of rapes in the country. CM Adityanath seems to have commanded the state to operate on varna dharmic lines. Where does the nation go from here?

For the last 95 years (it was founded in 1925), the RSS has been propagating that all castes are part of the larger Hindu fold (which means all castes and cultures are of the same family). But if we examine the literature and activities of the RSS for the last 95 years, their focus on the protection of women, even what they call Hindu women (all castes), finds much less priority than cow protection. They have not produced any literature to tell people how they would abolish caste and untouchability.

Mohan Bhagwat, the sarsanghchalak of the RSS, who makes important policy statements that the BJP’s central and state governments must follow, has not made a single statement on the Hathras incident and did not tell the country how the Sangh organisations will make Dalits equal partners and how their lives will be equally safe.

How does the RSS want to change this culture? Bhagwat said he wants an honest and open debate on the reservation system, which has improved the lives of thousands of Dalit families, with a view to negating the reservation policy. He has never made a statement that there should be an open and frank debate on the abolition of caste and untouchability and man-woman equality.

India is being watched by the world on the cultural front as well. If cultural nationalism is the RSS/BJP’s main agenda, how does the nation get out of the rape culture and how will the RSS bring about human equality is a critical cultural question.

This article first appeared in the print edition on November 5, 2020 under the title ‘Caste of crime’. The writer is a political theorist, social activist and author

Opinion | M R Shamshad writes: Police needs to be made accountable, and freed from grip of politics