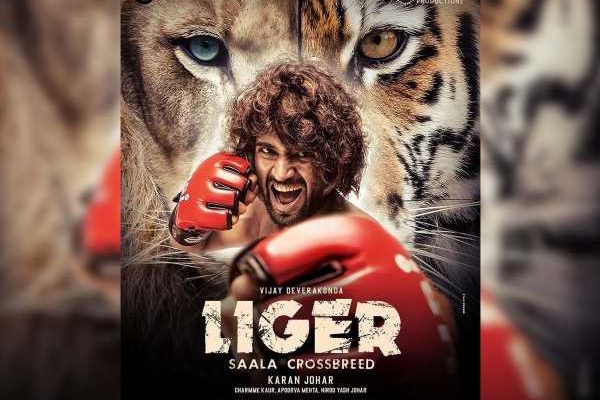 The controversial film maker Ram Gopal Varma aka RGV is very close to the young and happening actor Vijay Deverakonda.  It is known that  Arjun Reddy star is making his Bollywood debut with a film Liger  which is being directed by Puri Jagannadh and in this film he is sharing the screen space with Ananya Pandey. The shooting  of Liger  started on 20th January 2020 in Mumbai, when it was tentatively titled Fighter.   According to the latest report, Ram Gopal Varma  got a chance to view some scenes from Vijay Deverakonda starrer Liger and after watching it  the film maker shared a review on Twitter.

Satya helmer RGV said, “The screen presence of Vijay Deverakonda  in Liger is greater than any star I have seen in the last 2 decades. Thank you Puri Jagannadh and Charmee Kaur for bringing it out.”

RGV is one who  never misses a chance to praise Vijay Deverakonda.  The action drama  is yet to be wrapped and it has not gone on floors post the second wave of the Coronavirus.

It is known that after the release of Arjun Reddy, RGV  had  compared Vijay with the Power Star Pawan Kalyan. He had said that  Vijay was ten  times better than Pawan Kalyan.