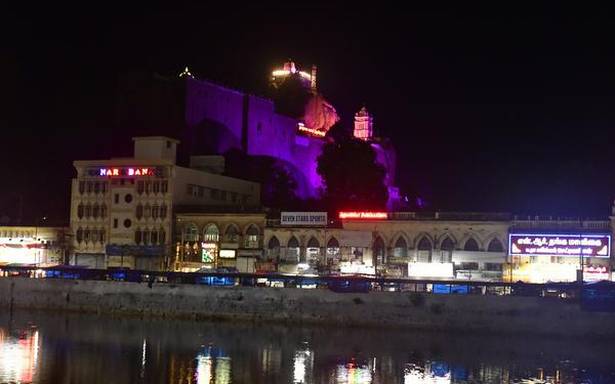 The city’s iconic landmark – Rockfort – will be illuminated in pink this month to commemorate the Breast Cancer Awareness month. Organised by Harshamitra Super Speciality Cancer Centre and Research Institute, the lights are an attempt at creating awareness about the disease and early intervention.

An awareness programme was inaugurated by MLA S. Inigo Irudhayaraj near the Rockfort temple on Friday. According to statistics, the number of patients diagnosed with the illness is increasing every year. However, early intervention can prevent mortality, Mr. Irudhayaraj said.

As per data, for every two women newly diagnosed with breast cancer, one dies in India. This is due to a lack of awareness, due to which the condition is detected at a later stage. “Women over the age of 40 must undergo mammogram screening. If detected at the early stage, patients can become 100% cancer-free,” G. Govindaraj, Managing Director, Harshamitra Super Speciality Cancer Centre and Research Institute, said. The hospital is also conducting exciting contests wherein women who have undergone a mammogram are eligible to win a two-wheeler.