By clearing an ordinance that enables the state to police and punish inter-faith marriages with “the sole intention of changing a girl’s religion”, the Uttar Pradesh government has trespassed on an inalienable right guaranteed by the Constitution of India — the freedom of an adult citizen to choose who she lives and partners with, and to follow any faith of her choice. In doing so, it becomes the first BJP-ruled state to frame a law against what the party describes as “love jihad”. It sets a dangerous precedent that other BJP-ruled states like Madhya Pradesh, Haryana and Karnataka look eager to follow.

Under the provisions of the proposed law, the state can choose to investigate the motives behind a woman’s change of religion and has the power to annul an inter-faith marriage if it finds that its sole “purpose” is her religious conversion. This flies in the face of a constitutional fact: Neither clan council nor khap panchayat, and certainly not a democratic government, has the licence to vet personal choices as right or wrong. Allowing the police to examine subjective “intentions” of men and women entering a marriage veers into thought control — and sets the law up for rampant abuse. It also legitimises a rank communal fantasy — the alleged conspiracy by virile Muslim men to lure and convert gullible Hindu women. It continues the cynical politics that seeks to marshal Hindu unity by stoking the anxieties about the Muslim Other — and enshrines it in law. Under fire for the Hathras gang-rape, the Yogi Adityanath government has sought to deflect criticism by emphasising measures taken for the security and “respect” of women — the “love jihad” ordinance is being peddled as another such move. But that the law’s scrutiny is specially focussed on a woman’s change of faith reveals the patriarchal paranoia behind it. The rhetoric of protection, indeed, disguises a manic fear of female sexuality that will not be contained by caste and clan barriers, which is used to police women’s lives and choices, often by violence, as is evident in the history of “honour killings”.

The Allahabad High Court recently overturned the HC judgment that questioned a “conversion just for marriage”, which was cited by the UP CM to bring this ordinance, as “bad in law”. It pointed out that in the eyes of law a man and a woman are not only members of religions, but individuals with “free will and choice”. By seeking to cramp and constrict the freedom of the individual, the Yogi Adityanath government imperils the larger freedoms of a constitutional democracy. It must withdraw the proposed law. 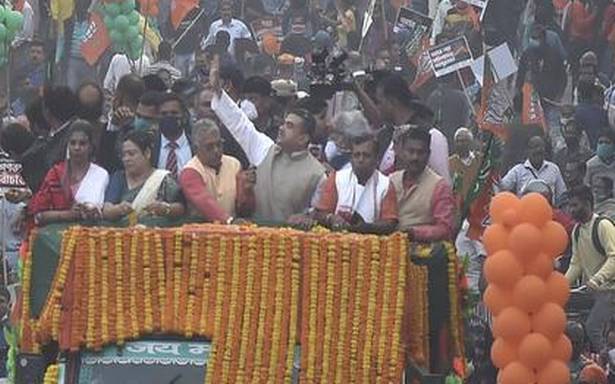 Works at Erode Railway Station to be completed on time
Celebrity

Why Did Matt Send Marylynn Home On ‘The Bachelor’? The Victoria Drama Was A Lot
We and our partners use cookies on this site to improve our service, perform analytics, personalize advertising, measure advertising performance, and remember website preferences.Ok