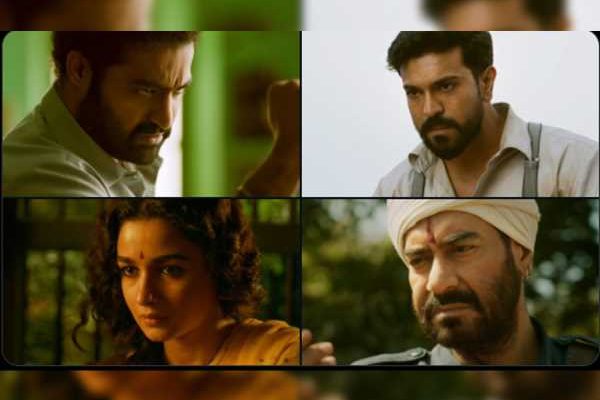 SS Rajamouli has started the promotional activities of his upcoming film RRR, by releasing the making video Roar of RRR, few days ago. RRR is bringing together two top stars- young Tiger Jr NTR and Mega power Star Ram Charan together on the screen.

Now according to the latest report, RRR team is all set to commence the shooting for a promotional song and currently the makers are erecting a special set for the song.

In this song, Jr NTR and Ram Charan  with some key cast will be participated. Once this is done, the team will move abroad to shoot a song on Jr NTR. The shoot of this promotional song  will commence on 19th July and it will be used for promotional activities.  This promotional song will be released on 1st August which marks World Friendship Day. The theme of the song suits the occasion and it also gives a glimpse of  the two lead characters.

Earlier there was a strong buzz in the film industry, that the  release of RRR would be postponed but  SS Rajamouli officially confirmed that the movie would be released on 13th October  Worldwide in a very grand manner.  RRR bankrolled by DVV Danayya, also has Ajay Devgn, Alia Bhatt, Olivia Morris and Samuthirakani in the crucial roles.