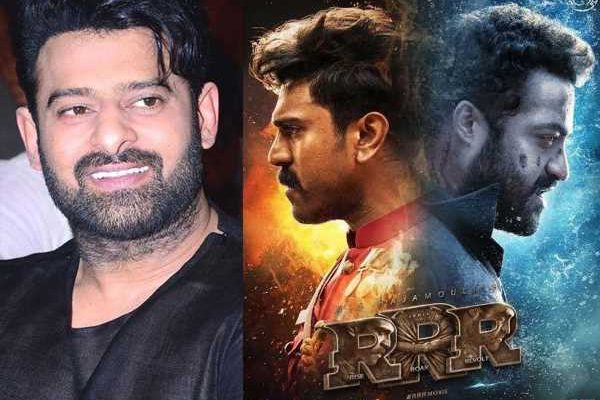 RRR is the combination of SS Rajamouli, Young Tiger Jr NTR and Ram Charan,  which was released yesterday on 25th March. It is known that SS Rajamouli and Prabhas are very close and they have worked together for Chatrapathi and Baahubali series. Currently Prabhas is in Spain and is enjoying holidays. Now the reports are coming that the team of RRR are planning a special screening of  the movie for Prabhas on Monday.

After watching the movie Prabhas will share the review on RRR on social media. Chiranjeevi has already watched the movie in theaters and the reports are also coming that Telugu Superstar Mahesh Babu will watch the movie today and will share his views.

Prabhas is expected to come back to Hyderabad this weekend.  The sources say that Prabhas with Rajamouli, Jr NTR and Ram Charan will watch the special screening of RRR.

RRR, directed by Rajamouli,  is a fictional story based on the lives of Telugu freedom fighters, Alluri Seetharama Raju and Komaram Bheem.- Taran Adarsh shared the collections figure of RRR on his twitter: