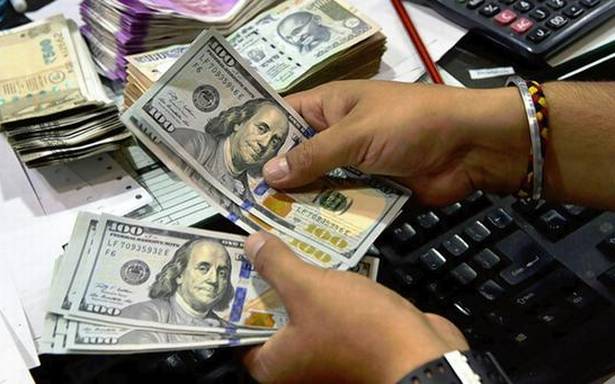 In the previous session, the Indian rupee had settled at 73.42 against the U.S. dollar.

The Indian rupee plunged 23 paise to 73.65 against the U.S. dollar in opening trade on Wednesday, tracking a strong American currency and muted trend in domestic equities.

At the interbank foreign exchange, the rupee opened at 73.48 against the dollar, then fell to 73.65, registering a decline of 23 paise from the last close.

In the previous session, the rupee had settled at 73.42 against the U.S. dollar.

Meanwhile, the dollar index, which gauges the greenback’s strength against a basket of six currencies, rose 0.02% to 92.53.

Foreign institutional investors were net sellers in the capital market on Tuesday as they offloaded shares worth Rs 145.45 crore, as per exchange data.