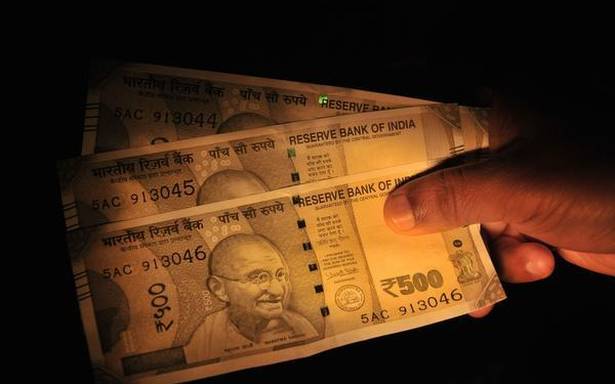 On Wednesday, the rupee had settled at 72.97 against the US dollar.

The Indian rupee opened on a flat note and inched higher by 3 paise to 72.94 against the US dollar in early trade on Thursday as investors looked to key US inflation data and European Central Bank meeting later in the day for further cues.

At the interbank foreign exchange, the domestic unit opened at 72.96 against the dollar, then inched higher to 72.94, registering a gain of 3 paise over its previous close. The rupee also touched 72.98 against the American currency in initial deals.

On Wednesday, the rupee had settled at 72.97 against the US dollar.

"The rupee started on a flat note this Thursday against the greenback as investors await data. At the same time, Asian equities have started with gains and could rub-off on the domestic equities, in turn aiding sentiments for the local unit," Reliance Securities said in a research note.

Meanwhile, the dollar index, which gauges the greenback’s strength against a basket of six currencies, advanced 0.10 per cent to 90.21.

"The US dollar index continued to hover near a five-month low versus major peers on Thursday morning in Asian trade as investors looked to key US inflation data and the European Central Bank meeting later in the day to potentially set the direction for currency markets," the Reliance Securities’ note said.

Foreign institutional investors were net sellers in the capital market on Wednesday as they offloaded shares worth Rs 846.37 crore, as per exchange data.