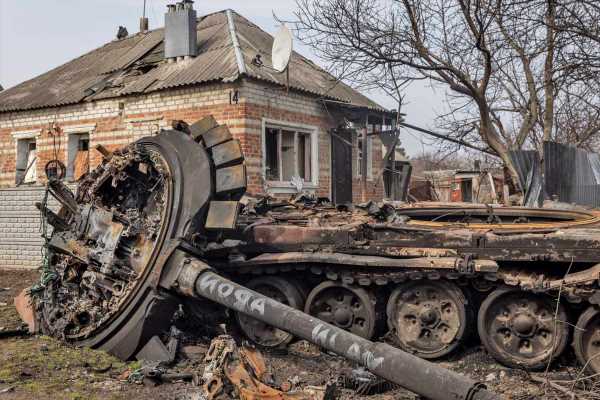 “There was no self-propelled artillery, no self-propelled air defence, no attack helicopters, no close air support, no mechanised infantry, no infantry and lack of matching combat support logistics,” explains Lieutenant General A B Shivane PVSM, AVSM, VSM (retd) as he discusses the reported Russian military reverses in the Ukraine war.

“The Ukrainian conflict has given oxygen to armchair analysts to adversely comment on the tank,” the scholar-soldier who served as director general of the Indian Army’s mechanised forces tells Rediff.com‘s Archana Masih .

“The war fighters failed, certainly not the tanks!” exclaims General Shivane as reports circulate about the Indian Army’s concerns about the war-worthiness of Russian tanks after images of these tanks being destroyed in the Ukraine war appeared in the media. A majority of the tanks in the Indian Army’s inventory are Russian made or design.

Part one of an enlightening multi-part interview: 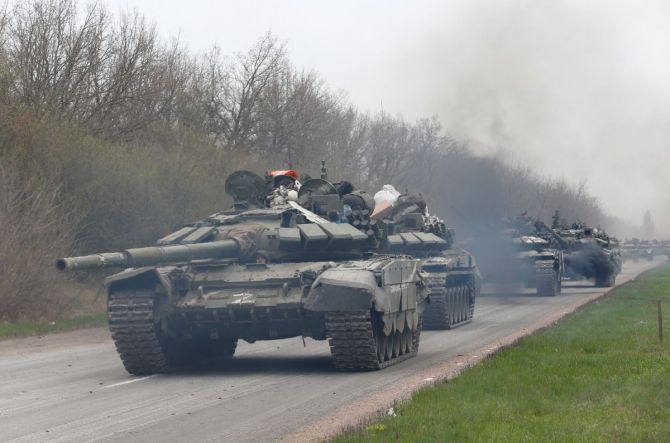 In your assessment, why have Russian tanks come a cropper in Ukraine? Do you attribute it to poor military leadership and inexperienced tank commanders?
Or have the Russian tanks been dead ducks with the Ukrainians targeting them with Turkish drones and the like?

1. Tanks are mobile protected firepower platforms that are signature of military power, and a symbol of offensive intent.

Any military balance analysis will always include tanks, ships and aircraft. Tanks are a signature and indicator of the hard power of a nation.

A tank is an instrument of deterrence in peace and a force of decision in war.

2. Tanks by their primary role overcome and pre-empt enemy defences, they dislocate, destroy and disrupt enemy forces through their manoeuvre. Otherwise, it’s a pillbox.

3. Tanks provide 24/7 execution tempo in a battle space, which is accompanied by shock, action and brute force. This paralyses the enemy, physically and psychologically by targeting both the capability and will of the adversary.

Is there any other platform that equally dominates the critical operational factors of time, space, force dimension on the battlefield? Of course, the answer needs no elucidation.

However, having said this, possessing tanks is one thing, but competently employing and handling them tactically is another.

A tank is as good as its tankman — and a tankman is as good as his training. The cost of a tank is a fraction of the value of the training a tankman undergoes and this investment must never be compromised or stagnated.

We learn from the poor Russian performance in Ukraine that training and continuity of professional skills can never be compromised.

The Ukrainian conflict has given oxygen to armchair analysts to adversely comment on the tank.

The Western dominated narratives have come to the fore because the information war has certainly been won by the West. But whatever is available, indicates that the Russians are using 19th century tank tactics to fight the 21st century war.

There was no semblance of tactically disposed tanks as part of a combined arms team in a joint operational environment which is critical in contemporary warfare.

It depicted a non-professional, tactical employment. It seemed the tanks were lined up like a ceremonial parade rather than going into battle.

Hence, it compromised the basic characteristic of manoeuvre and shock action. They moved on roads as lone rangers in a very predictable manner, maybe to avoid the slushy countryside of Ukraine.

In doing so, they compromised the basic strength of mobility and survivability.

They failed to understand the employment of mechanised forces in a marginal terrain and built-up areas where tanks infantry, artillery, attack helicopters have a mutually supporting role.

Evidently, the war fighters failed, certainly not the tanks!

Yet, having said that, top attack, fire and forget anti-tank guided missiles systems and unmanned drones, especially in restricted terrain does not allow manoeuvrability like in open areas.

Terrain and threat are to be overcome by technology, tactics and training. The real lesson we need to learn is that the combined arms concept, along with joint operational synergy will lead to force optimisation. This is critical for success.

There is no king or queen in the contemporary battle space. The need is for an inclusive force structure with an integrated joint force application which makes a combined manoeuvre team potent not only in the collective employment of all arms, but in the cumulative, integrated and complementary effect it will draw. Along with integrated logistics and matching mobile combat support elements which include recovery and repair.

Therefore, it requires unified force structure, complementary integrated training, and above all, decisive and offensive leadership. 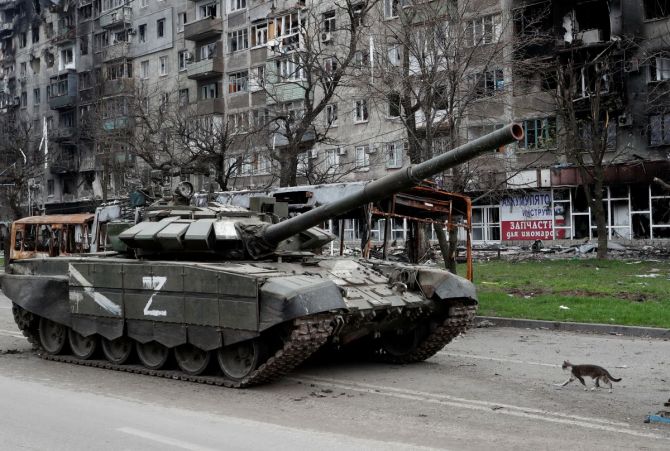 Do you believe the Ukraine experience casts a shadow on India’s Russian tank inventory? What do you think the commanders would be discussing in this regard at the commanders’ conference?

I firmly believe that the Indian military leadership — uniformed and non-uniformed decision makers — will take a very balanced view of the Ukraine conflict.

I’m sure we are learning the right lessons and relating it to our operational environment and adversaries.

We cannot be taken by the Western doctored information warfare narratives in the media. Some are even driven by the defence industry to hype up anti tank weapon systems versus the Russian tanks.

We are mature to understand the game that is being played by nations and the defence industry magnets.

But having said that we in India have a very rich experience of employment of tanks in battles since Independence and a huge mechanised inventory exists as a fallout of our approach to deterrence and warfighting. 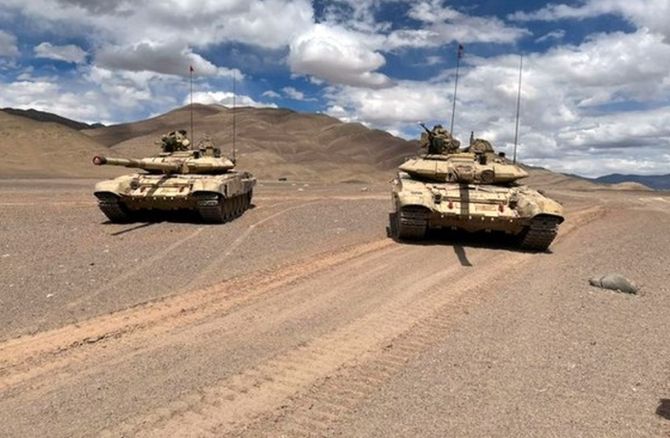 We’ve seen the important role of tanks at the northern border, both in Ladakh and Sikkim. The images of tanks in the Chushul sector surely unnerved the Chinese.

Tanks have a good presence in high altitude areas opposite the Chinese across all fronts.

We adapted to technically and tactically employing tanks in high altitudes. We had done it in 1948 and have done so again.

Yet as the character of war evolves and threats manifest, a professional army like ours has modernised, reviewed its employment, transformed structures and accordingly seen payoffs in April 2020. Therefore, we see the importance of the Integrated Battle Groups concept.

We have upgraded our fleet and are looking at next generation tanks and infantry combat vehicles. We are going in for light tanks, active protection systems and wheeled armoured carriers. Doctrinally, structurally, technologically and tactically, we have adapted to contemporary checks in varied terrains.

Secondly, about dependence on Russian or foreign equipment. In today’s world when conventional wars are here to stay, we certainly have to make indigenous systems.

There is no alternative to that to ensure our national security. A lot has been done like the Nag missile and many drones are coming up.

Tanks and armoured vehicles are very complex systems. We need to invest a lot in making in India and pump in R&D.

Atmanirbhar Bharat is the only way forward, but till then we have to sustain and upgrade our fleet and defence systems. We also have to put greater effort to indigenise and make sub components within India.