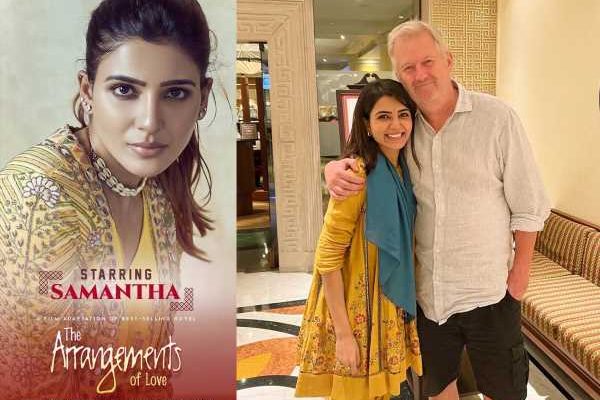 Samantha Ruth Prabhu is counted among one of the most sought-after female actors in the Telugu Film Industry. Few  days ago she was I the news headlines because of the web drama The Family Man 2 in which she essayed the negative role of Razi and received lot of applause for her act.

Now according to the latest report, Samantha  Ruth Prabhas has signed  an international project.  The reports are coming that in this  International project, Samantha Ruth Prabhu will be seen in a bold role of a 27-year-old progressive bis*xual  Tamil woman who runs a detective agency. The upcoming drama is titled ‘Arrangements of Love’,  which will be directed by Philip John, who had earlier directed ‘Downton Abbey’.

Samantha starrer Arrangements of Love will be bankrolled by Sunita Tati’s production house Guru Films, the banner which is known for co bankrolling Samantha starrer woman centric movie Oh Baby, directed by Nandini Reddy. Very soon the official announcement regarding the remaining cast and crew will be made.

There is also a strong buzz that Samantha is all set to make her Bollywood debut which will be produced by Taapsee Pannu but there is no any official confirmation regarding this. She is playing the lead role in Shaakuntalam.

Samantha says: 2021 year Rough for her