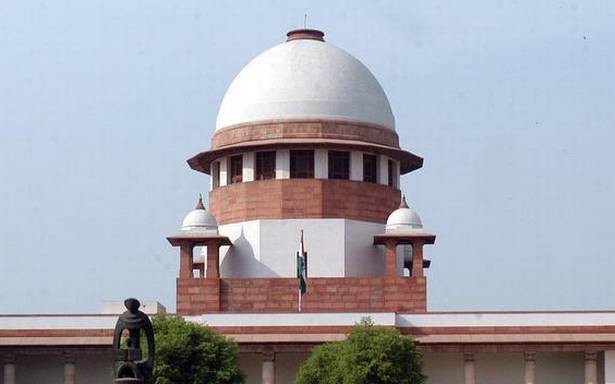 The Supreme Court on Friday asked the Tamil Nadu police to respond to an appeal by DMK parliamentarian R.S. Bharathi to quash a criminal case against him for making derogatory remarks against the Scheduled Caste community.

The Madras High Court had refused to quash the case on February 22. A Bench led by Justice L. Nageswara Rao issued notice to the Assistant Commissioner of Police of Crime Branch and the complainant Kalyana Sundaram, an Athi Tamilar Makkal Katchi leader. They have to submit their responses in a fortnight.

In the proceedings conducted through video-conferencing, the Bench sought the responses on the plea within two weeks.

“The ingredients of Section 3 (1) (u) of the SC/ST (Prevention of Atrocities) Act, 1989 are not fulfilled. For an offence to be made out under Section 3 (1) (u) of the Act, the speaker is required to promote or attempt to promote feelings of enmity, hatred or ill-will against members of the Scheduled Castes or the Scheduled Tribes,” the petition, filed through advocate Amit Anand Tiwari, said.

It said the petitioner had “merely stated the historical fact that the Dravidian Progressive Movement, with which he is involved since 1960s, improved and uplifted the lives of members of SC, ST and downtrodden communities in Tamil Nadu.”