Scientists and experts have referred to “some very early evidence that indicates a possible association between emergence of variants with lower susceptibility to neutralizing antibodies in immunosuppressed people given plasma therapy.” 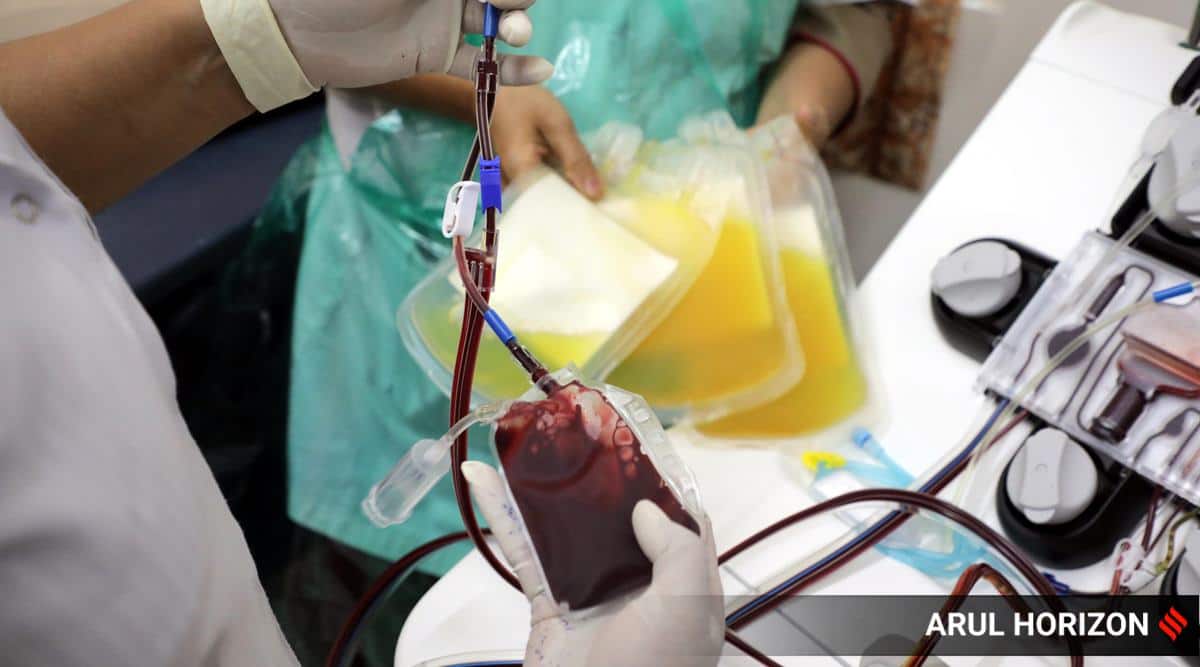 Several clinicians, public health professionals and scientists from across the country have raised concerns over the “irrational and non-scientific use of convalescent plasma” to treat Covid-19 in the country. They have drawn attention to the current evidence on plasma therapy in Covid-19 and how the guidelines by the Indian Council of Medical Research (ICMR) are not based on the existing evidence.

In a letter to Professor K VijayRaghavan, principal scientific advisor to the Government of India, Dr Balram Bhargava, director general of OCMR and others, these scientists have listed current evidence on plasma therapy in Covid-19 and how the ICMR guidelines are not based on the existing evidence.

Scientists and experts have referred to “some very early evidence that indicates a possible association between emergence of variants with lower susceptibility to neutralizing antibodies in immunosuppressed people given plasma therapy.”

“This raises the possibility of more virulent strains developing due to irrational use of plasma therapy which can fuel the pandemic,” said experts along with other public health professionals and doctors like Soumitra Pathare, Yogesh Jain, Vivekanand Jha, Shahid Jameel, Soumyadeep Bhaumik and others. They have called for urgent intervention to address the issue, which can prevent harassment of Covid-19, patients, their families, their clinicians and Covis-19 survivors,.

This scenario has arisen because of guidelines issued by ICMR/AIIMS in April 2021 which recommend plasma therapy as “off label” use.

“This is rather unusual as off-label use by its very definition implies ‘unapproved use’. We would also like to point out that international guidelines such as those from National Institutes of Health (NIH), USA and the IDSA guidelines also recommend against general use of plasma therapy for Covid-19,” experts have written. They have also urged authorities to urgently review the guidelines and remove this “unnecessary therapy” which has no benefit but is only causing harassment of patients, their families and even Covid-19 survivors who are being pressured to donate plasma.

“What treatments to offer, to which patients and at what stage of the disease are complex clinical decisions, but clinical guidelines provide recommendations to enable this process. Clinical guidelines must necessarily be based on existing research evidence,” scientists have said.

Dr Soumitra Pathare, director of the Centre for Mental Health, Law and Policy, Indian Law Society, and one of the signatories of the letter, told The Indian Express that current research evidence unanimously indicates that there is no benefit offered by convalescent plasma for treatment of Covid-19. “However, it continues to be prescribed rampantly in hospitals across India. Families of patients run from pillar to post to get plasma, which is in short supply…,” said Dr Pathare.

The experts listed evidence that was based on ICMR-PLACID – the world’s first randomised controlled trial on convalescent plasma in 39 public and private hospitals across India — which found “convalescent plasma was not associated with a reduction in progression to severe Covid-19 or all-cause mortality. This trial has high generalisability and approximates convalescent plasma use in real life settings with limited laboratory capacity.”

The Recovery Trial of 11,588 patients found no difference in death or proportion of patients discharged from hospital. Even for those patients who were not on ventilation initially, there was no difference “in the proportion meeting the composite endpoint of progression to invasive mechanical ventilation or death.”

The PlasmAr Trial — a trial from Argentina — concluded that there was no significant difference in “clinical status or overall mortality between patients treated with convalescent plasma and those who received placebo,” the letter has stated.