Almost 19 years ago, in February 2004, the Indian Air Force raised a commando force to protect vital IAF installations and for counter terrorist operations.

The first batch of Garuds consisted of 62 air commandos who were posted at sensitive IAF stations to protect them against terrorist attacks.

Since then, the Garuds have distinguished themselves in operations against terrorists, with one of them — Jyoti Prakash Nirala, a Garud commando who laid down his life while gunning down two terrorists in Jammu and Kashmir — being posthumously conferred with the Ashok Chakra, the highest peacetime military decoration at the Republic Day parade in 2018.

On Thursday, December 22, 2022, the Garuds displayed what they are capable of during a drill at the Garud Regimental Training Centre in Baghpat, Uttar Pradesh. 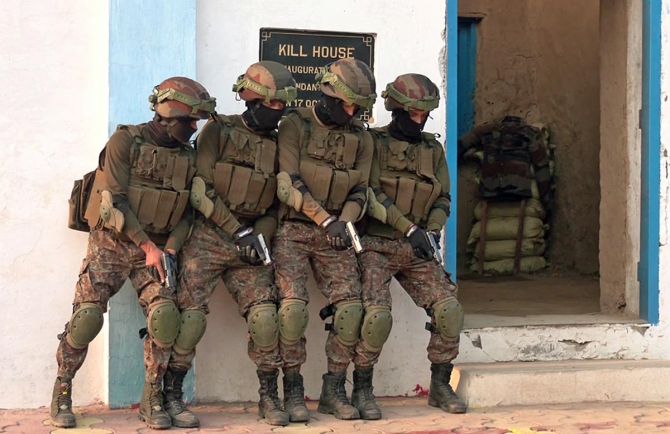