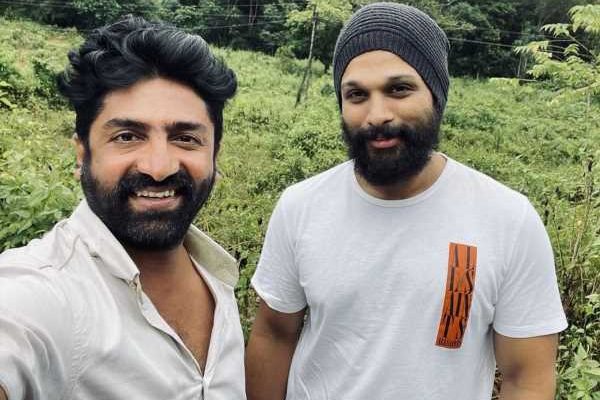 Sekhar Master is one of the most sought-after choreographers in Tollywood. He choreographed some of the best dance numbers of Hindi film Industry. He did the choreography for all the top actors of  Telugu film Industry and his dance moves are always unique and amazing. In all his songs, there is at least one signature step. Just after listening to song, the fans try to imitate the unique dance move choreographed by Sekhar Master. He has also  won the Filmfare Award as the Best Choreographer.  Currently Sekhar Master is working with Stylish Star Allu Arjun  for upcoming much hyped movie Pushpa: The Rise, which is progressing at the brisk pace under the direction of Sukumar.  The choreographer Sekhar Master took a selfie with Allu Arjun and shared it on his Instagram. He came up with an interesting caption: “Thaggedele”.

Currently the shoot Pushpa: The Rise is going on at Maredumilli Forest. A lavish song is being shot by Sekhar Master.  This ongoing schedule of Sukumar’ directorial venture will be wrapped up by this month end.

Sekhar Master is also the one who has choreographed some famous moves for numbers like Ammadu Let’s Do Kummudu from Khaidi No 150, Swing Zara from Jai Lava Kusa,  Vachinde from Fidaa, Dimaag Kharab from iSmart Shankar etc.