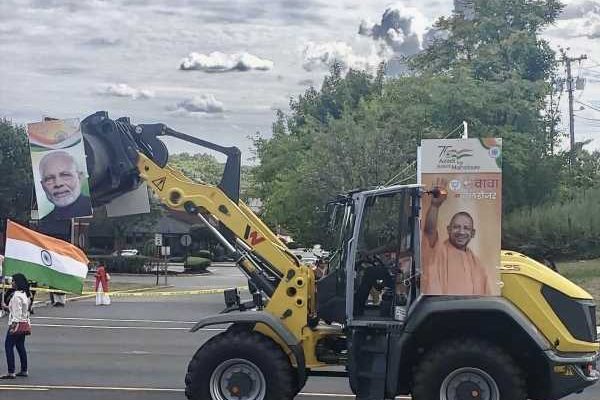 Two top American senators have condemned the display of a bulldozer at the India Day Parade in Edison, New Jersey, last month.

Offices of senators Bob Menendez and Cory Booker this week met a delegation of the Indian-America Muslim Council, New Jersey chapter of the CAIR, and several groups of the community who are up against the display of a bulldozer during the popular India Day Parade in Edison City.

The charge has been strongly refuted by the government concerned.

“This week, our offices met with leaders and members of New Jersey’s South Asian community who were angered and deeply hurt by the inclusion of a bulldozer in the India Day Parade in Edison last month,” senators Menendez and Booker said in a joint statement on Friday.

“The bulldozer has come to be a symbol of intimidation against Muslims and other religious minorities in India, and its inclusion in this event was wrong,” they said.

“New Jersey is proudly home to some of the most diverse communities in the nation, including one of the largest South Asian communities, and all ethnic and religious groups have a right to live without intimidation or fear,” the two senators wrote in their joint statement.

During the Indian Day Parade on Oak Tree Road on August 14, a bulldozer with pictures of the Uttar Pradesh chief minister was displayed.

The Indian Business Association, the organiser of the event, has apologised.