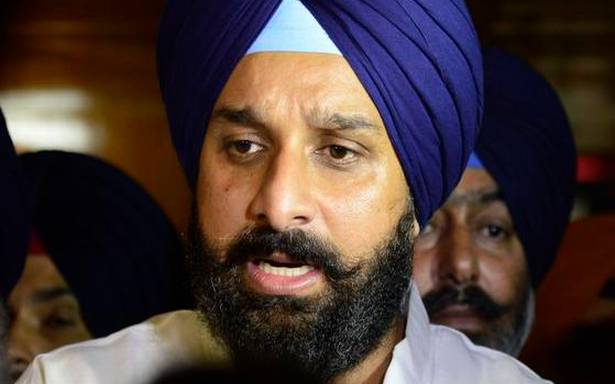 According to sources, an FIR has been registered in Mohali.

Punjab Congress president Navjot Singh Sidhu tweeted, “An FIR has been registered in Punjab Police Crime Branch against the main culprits of the drugs trade on the basis of February 2018 Special Task Force (STF report), wherein I demanded this 4 years ago – It is a slap on the face of all those powerful who slept for years on issues at the heart of Punjab’s soul.”

“After 5.5 years of fight against the corrupt system run by Badal family & Captain and delay of 4 years without action taken on ED & STF Report against Majithia. Finally, now, after pushing for credible officers in positions of power and influence, first step has been taken!!” he added.

The ruling Congress Government had been facing pressure from within the party as well as the Opposition to show some concrete action on the ground surrounding the drugs menace, which was a key issue in the 2017 Assembly election.

The Opposition had been accusing the ruling Congress Government of failing to curb the drugs menace in the State.

In the 2017 Assembly election, the Congress focussed on the issue and promised a crackdown against the drugs mafia within four weeks of assuming power.

Interestingly, the SAD had accused the Congress Government of indulging in political vendetta and urged the Election Commission of India to appoint a regular Director General of Police in the State.

Party senior vice-president Daljit Singh Cheema said the party had raised the demand because the Congress Government was bent on using ad hoc appointees in the police administration to strike at the SAD.

“The Congress Government appointed S. Chattopadhyay as the new acting DGP in the middle of the night on December 16 after replacing Iqbal Preet Singh Sahota following the surfacing of a letter that questioned the Congress Government’s resolve to implicate top SAD leaders including SAD president Sukhbir Singh Badal and former Minister Bikram Singh Majithia in false cases.”

“This appointment was done despite the fact that the Union Public Service Commission is scheduled to take a decision on the appointment of a regular DGP on December 21. The Congress Government should explain the emergent need to appoint Mr. Chattopadhyay for such a short period. This appointment strengthens the hypothesis that State Congress President Navjot Singh Sidhu, who has been championing the cause of the officer since long, is behind this appointment. It is also clear that the officer has been given the charge of acting DGP to implement the agenda of the Congress party,” alleged Mr. Cheema.