Narendra Modi’s second government has seven ministers from Maharashtra, including one each from ally Shiv Sena and Republican Party of India (RPI). Former Union ministers Nitin Gadkari, Prakash Javadekar, Piyush Goyal from the BJP and Ramdas Athawale from the RPI got a second innings in the Central government..

State BJP president Raosaheb Danve, whose tenure as a union minister of state in the first Modi government was cut short in 2015 when he was asked to take over an organisational role, has now got a second chance with the Modi government.

Four-time BJP MP from Akola Sanjay Dhotre was the surprise candidate from the state for the last slot from the party in Maharashtra.

Shiv Sena MP from Mumbai South, Arvind Sawant, is the sole party candidate to get a ministerial berth.

Of the seven ministers, Gadkari, Goyal, Javadekar and Sawant will get cabinet minister ranks, while the others will be inducted as junior ministers. “This is a historic day for us. On one hand, the country will now move forward with a new vision and achieve greater heights. For us BJP workers, this is also the first time that the party has succeeded in forming the second consecutive term in power that too with complete majority,’’ said CM Devendra Fadnavis, who was in Delhi for the ceremony.

The BJP dropped former civil aviation minister Suresh Prabhu and ministers of state Subhash Bhamre and Hansraj Ahir. Ahir lost from Chandrapur constituency in Vidarbha. This was the sole seat that Congress won in Maharashtra. Dhotre’s selection to the Centre is being seen to make up for Ahir’s loss in the region. It is also seen as a reward for his electoral performance as well as his grass -root connect and organisational skills. A mechanical engineer, 59-year-old Dhotre comes from the Maratha community. Danve’s stint as the party president in Maharashtra has been largely successful.

According to BJP insiders, Danve was unhappy that he was not given a cabinet rank. “He was not seen as leading the party from the front with CM Devendra Fadnavis largely leading the party organisation as well as government in the state. That could be the reason why he was inducted as a junior minister,” said a senior BJP leader. 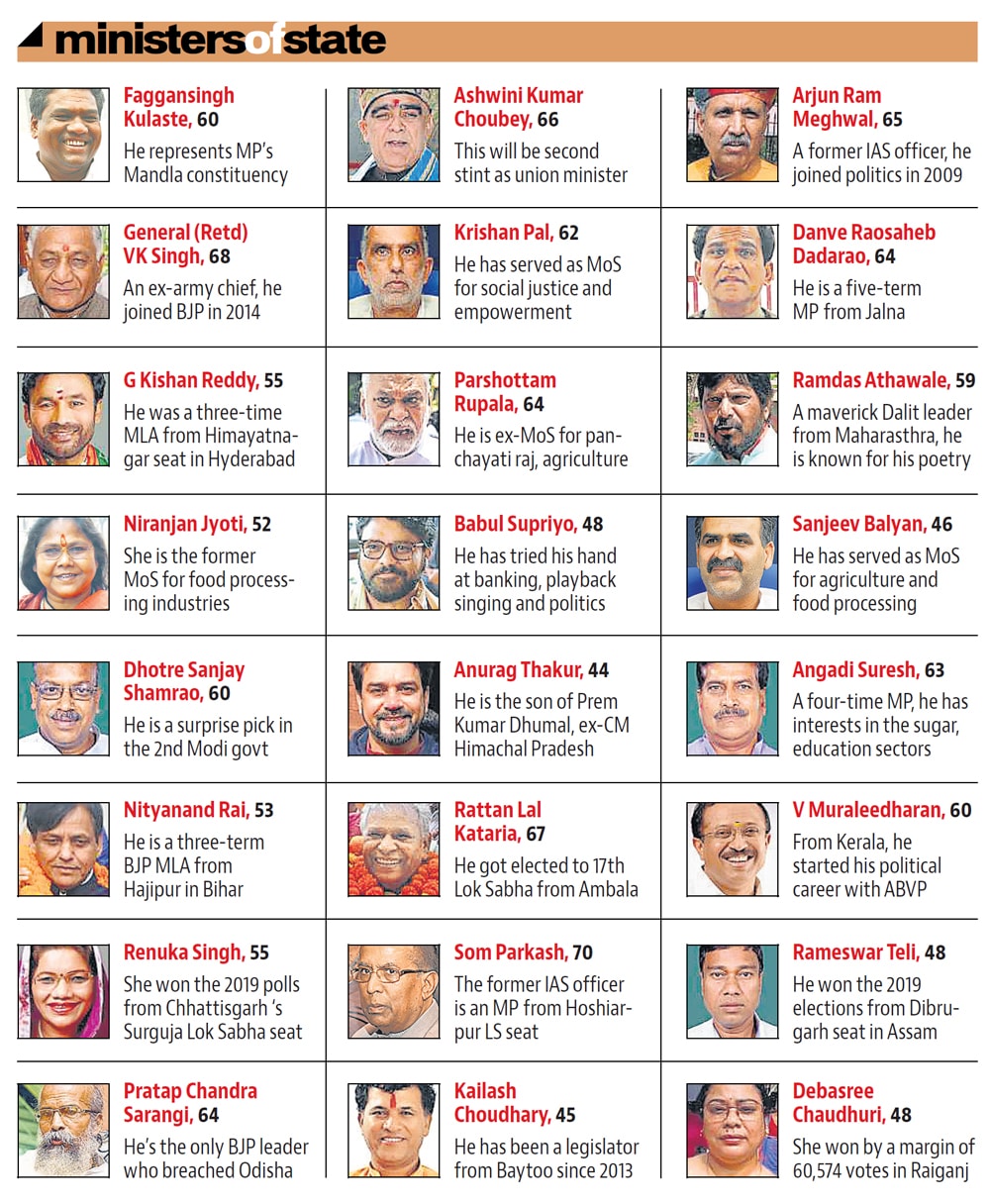 With Danve moving to Delhi and Assembly polls in the state less than five months away, a new party president is likely to be inducted soon. There has been discussion within the party that one of the senior cabinet ministers, including water resources minister Girish Mahajan, rural development minister Pankaja Munde and revenue minister Chandrakant Patil may be asked to take up the responsibility. However, it is also learnt that Fadnavis may prefer a closer aide and a more low-profile person like two-term MLA Suresh Halwankar (Kolhapur) or minister of state for home Ranjit Patil for this job.

The party will also look for a fresh face to lead the Mumbai unit as city chief Ashish Shelar completes his second tenure and may get a position in the state cabinet.