Subhashini Yadav, a social worker, said she is taking the responsibility of carrying on the fight of the 'Mahagathbandhan' in Bihar, as her father Sharad Yadav has always supported it. 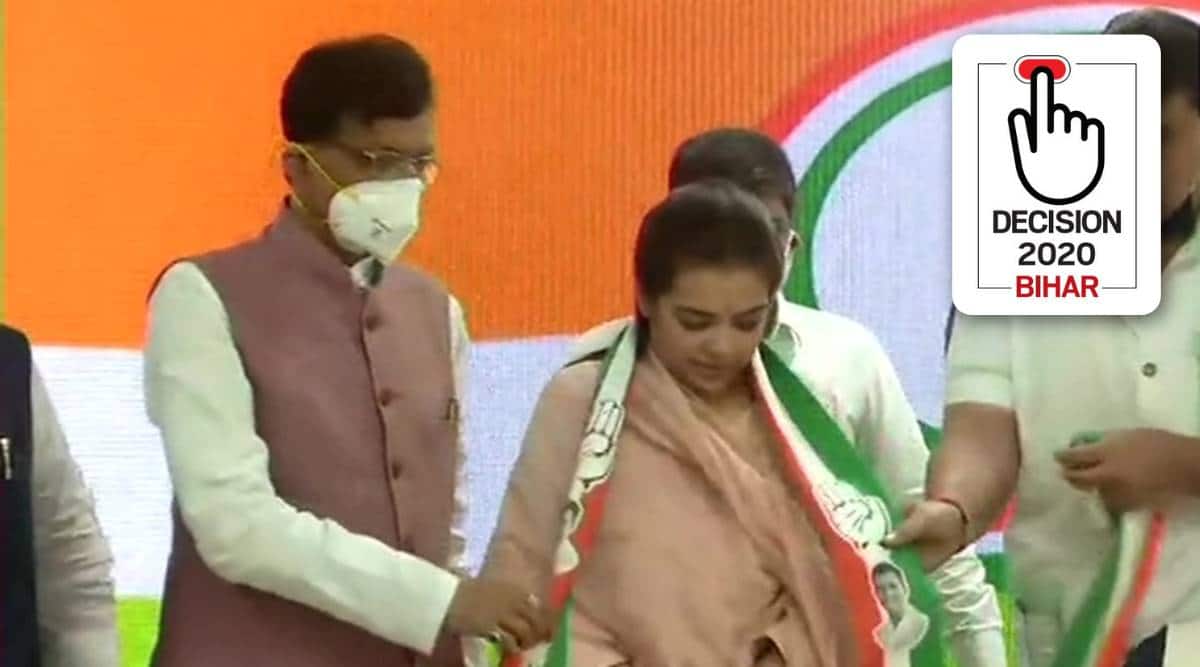 Veteran socialist leader Sharad Yadav’s daughter Subhashini Yadav today joined the Congress and sources said she could be fielded as the party’s candidate from the Bihariganj seat in Madhepura district.

Yadav, who had floated his own party the Loktantrik Janata Dal (LJD) after parting ways with the JD(U) in 2017, is unwell and is in the hospital. Subhashini’s decision to join the Congress is interesting given the fact that Yadav for most of his political career had fought the Congress.

In fact, he like other senior Bihar leaders like Lalu Prasad Yadav, Nitish Kumar, Sushil Kumar Modi and the late Ram Vilas Paswan were products of the JP movement and lived and breathed anti-Congressism for decades. All of them built their political career on the anti-Congress plank.

In 1974, at the height of the JP movement, a young Yadav was fielded as the joint opposition candidate in a bye-election for the Jabalpur Lok Sabha constituency. He won and many believe that victory of the opposition against the mighty Indira Gandhi was one of the turning points in Indian politics. But after the defeat of the BJP in the Bihar elections by the RJD-JD(U)-Congress alliance in 2015, Yadav had said that the era of anti-Congressism was over.

Talking to The Indian Express, Subhashini said “my ideology is narrated by my father. I worship him and he is my idol. So whatever his ideology is my ideology and today at this point…all the opposition parties are united and they want to fight against the communal forces in the country.”

Subhashini, a graduate in political science and an MBA post graduate, said she chose politics because there was a demand from the people to give them leadership since her father had not been keeping well.

Asked why she decided to join the Congress, she said “the Congress is part of the grand alliance. He has been a part of the mahagatbandhan throughout since 2017…. JP has also been driven from Congress…but he stood against Congress and led an agitation throughout the country. So there can be political differences but then of course the agenda should be the same. The agenda of the grand alliance is to bring development and bring change in the state…so I stand by that.”

“This was the offer given to me by the Congress. And I readily accepted because the Congress and my father together had set up a platform of sanjhi virasat against the communal forces in the country,” she added.

“My father was not well. I had no courage to go here and there. He was in the line of the mahagathbandhan and so I am on the same line….This time he is not able to take active part in Bihar’s politics but he has always supported the mahagatbandhan (grand alliance) and has worked for it. I am his daughter and it is my moral responsibility to take forward his legacy….” she said.