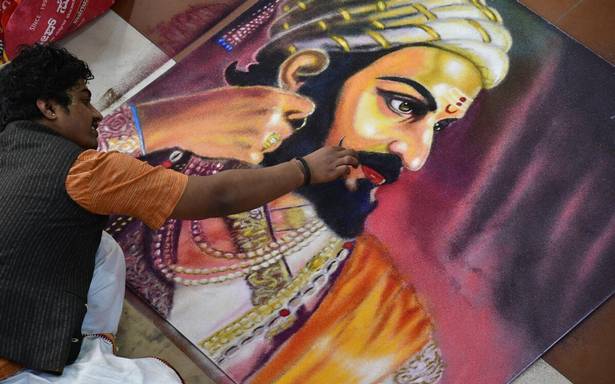 According to eyewitness accounts, a group of people threw ink on the statue and escaped

The Sadashivanagar police in Bengaluru have stepped up investigations to identify the miscreants who defaced a statue of Chhatrapati Shivaji at Bashyam Circle near Sankey Tank on December 17. The police suspect the statue was blackened in response to the burning of the Kannada flag in Maharashtra.

A case has been registered based on a complaint filed by the Karnataka Maratha Welfare Association (KMWA) and investigations are on to identify those who were involved in the act, said Deputy Commissioner of Police (Central) M.N. Anucheth.

On December 17 morning, a group of people gathered in front of the statue, shouting slogans. According to eyewitness accounts, they threw ink on the statue before leaving the spot. The police arrived at the spot soon after. The statue was cleaned and personnel were deputed in the area to ensure there were no further incidents, said a police officer.

In the wake of the tension in Belagavi, jurisdictional police have been instructed to step up vigil and provide security cover to statues in other parts of the city as well.