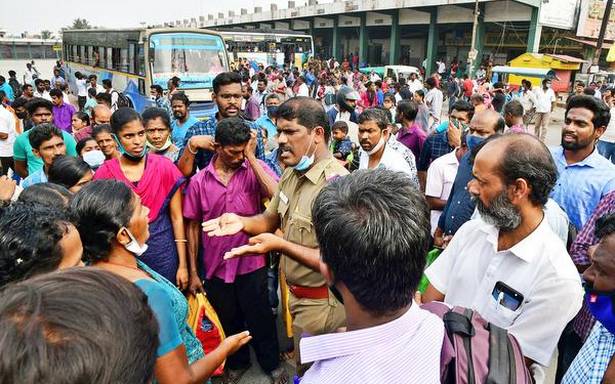 Passengers waiting in bus terminuses in Tiruppur and Palladam staged demonstrations condemning the lack of bus services to Tiruchi and other districts on Tuesday.

S. Muruganathan from Tiruchi, who is working in a private company in Tiruppur, said that he had been waiting for a bus since 5.45 a.m. to reach his hometown for exercising his franchise. “There were no government or private buses to Tiruchi,” he said.

Similar demonstrations were also held at the temporary bus terminus in Kovilvazhi and Palladam bus terminus.