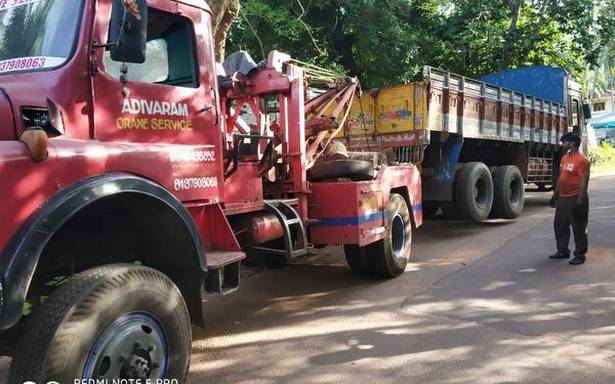 Crime Branch, Vigilance, Forest officials to be part of team

Mr. Vijayan said the scale of the environmental crime warranted a joint investigation by the Forest, Crime Branch and Vigilance and Anti-Corruption Bureau (VACB).

He said the suspects had misinterpreted a Revenue department order allowing farmers to harvest trees they had cultivated on assigned land to steal the protected and rare species.

An official said the illegal felling detected in Wayanad was just the tip of the iceberg.

The Forest, Revenue, and the Police Intelligence had reportedly conducted a random survey and “concluded” that there could be a similar loss of protected trees from assigned land in other localities.

Investigators said the crime was multifaceted. It involved manipulating revenue records, government orders and connivance of forest and revenue officials at multiple levels. Hence, the government felt varied agencies should probe the case jointly to investigate the different aspects of the offence.

They said a set of timber merchants, depot owners, transporters, Revenue and Forest officials would come under the ambit of the probe. Some of the officials risked facing corruption charges. The SIT required to move fast to quantify the loss of timber and confiscate the loot.

The crime entailed convincing farmers to permit the felling of hardwood trees on their assigned land. Some landholders were taken in by the government order furnished by the accused. Others had knowingly conspired with the offenders. Such persons could face prosecution and cancellation of their land assignment, including loss of title deed, officials said.

The South Muttil tree felling had given a stick to the Congress and the BJP to assail the government. The UDF Opposition had walked out of the Assembly on June 8, accusing the government of issuing the dubious order that led to the illegal felling.