Climate and sustainable development financing, multilateral institution reforms, regulation of digital assets, the spillover effect on developing economies from actions of western central banks, energy and food security in the backdrop of war in Europe, and sanctions on Russia and their impact on the global economy are some of the agenda items that India will take up as President of G-20, Finance Minister Nirmala Sitharaman said on Tuesday. 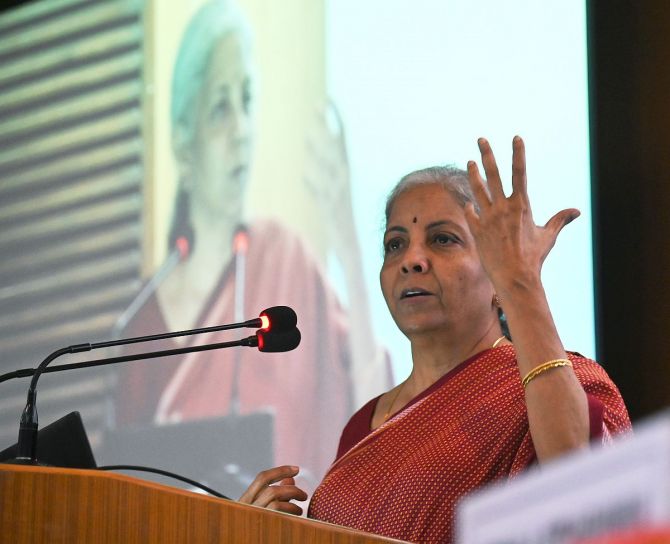 India will take over as President of the powerful international grouping on December 1 for a year.

There will be around 200 meetings throughout the country, with the summit Heads of State meeting expected to be held in New Delhi next September.

“We are almost at the fag end of all consultations and discussions officially to release what would be India’s priorities as G20 president, and will be releasing them in a few days,” Sitharaman said at an event organised by the Indian Council for Research on International Economic Relations.

“Are they going to serve with better vigour…do they have newer thoughts, are they looking at 21st century ways of leveraging the funds they have?

“Do they know or do they want to bring in greater resources?” the finance minister said, adding that Prime Minister Narendra Modi had already set the tone of this debate by calling for the reform of institutions like the UN, IMF, and World Bank.

Sitharaman said all countries would have to work together to regulate crypto assets because “no single country can succeed individually being in a solo” and trying to regulate them.

“So we need to have all members of G-20 to come on board and see best how it can be done,” she said, reiterating that India would not bring its own regulations without wider consensus at international level.

She said India was in a very unique position after having maintained an independent position in today’s global geopolitical situation.

“India is very carefully maintaining its position and voicing for the emerging markets, the low and middle-income countries and trying to make sure all our voices are heard, particularly at a time when we are also facing the collateral spillovers,” she said.

“The process of financing SDGs should be a lot more friendly towards lower income and developing countries,” she said.

With Indonesia, India and Brazil set to chair G20 in three consecutive years, policymakers of these nations are confident that the voice of developing nations can be pushed further in the global order.

“For low and middle-income countries, the process of financing has got to be clearer for all of us.

“It can’t be blind to achieving goals and forget the process itself,” she said.

“The topic of sanctions and other actions by countries is something we will discuss with other G20 members, including the actions taken at the earlier stages of the Russia-Ukraine war and the ones taken later,” she said.

Sitharaman said India has a lot to learn from Indonesia’s presidency, as the south-east Asian nation chaired the grouping at a time of the Omicron wave and the geopolitical fallout of the war in Europe.

“By the culture and tradition of G-20, we are also going to make sure that we carry forward some of the agenda items from earlier presidencies which need to be taken forward and brought to a conclusion,” she said.

These included further discussions on health and financing in order to better deal with future pandemics, debt distress of some of the low-income nations, and global taxation.

“The digital achievement of India will have to be showcased because many of the G-20 members have expressed a desire to know how they could really do it and many of them are also engaging with us to see if their systems and our systems can be interoperable,” she said.