Ramu Ramanathan writes: She founded Vacha, a library where young girls in bastis could access words and ideas. 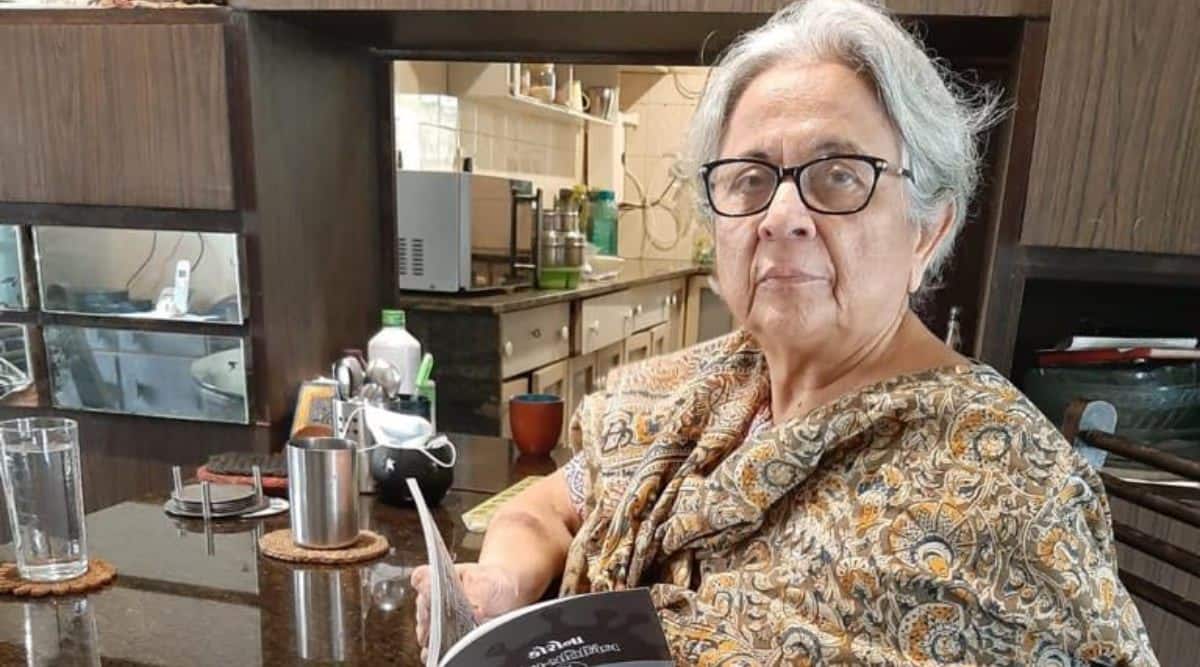 When I spotted Sonal Shukla for the first time in the 1980s, I thought she was the best singer in the world. A feisty woman all pumped up and hollering at the top of her voice during a protest in Mumbai. Around her were a ragtag army of women marchers. Her finest moment was the Forum Against Rape movement — spontaneously formed by 49 women who connected over an open letter signed by Upendra Baxi and three others about the injustice in the Mathura rape case judgment by the Supreme Court.

Sonalben was our Odetta (the voice — and what a voice — of the civil rights movement in the USA). Music was in her genes. She was the daughter of Ninu Mazumdar, the musical maestro who composed hundreds of Gujarati songs and ditties. She once told me, “We have truly no roots in the family’s feudal past. No caste, no ‘native place’ to visit, no assets in Gujarat anywhere, no idols at home, no vrat and fasts, no rituals of any kind at home. Our father created musicals based on Sita, wrote stutis to Shiv and garbas of devis, but treated those sources as literature and not religion.”

Unlike her siblings, Shukla inherited very little of the musical notes from her father. But that never deterred her. Sonalben sang her protest songs. Future activists like me joined the chorus. We were shaped by her.

A committed feminist, Shukla’s focus in life — like Savitribai Phule — was “the empowerment of girls from deprived communities.” Her favourite child was Vacha. Born in 1987, Vacha is a tiny library in a municipal school in Santacruz which houses women’s magazines and writing by women. The Vacha idea was simple. Ordinary young girls in bastis could access words and indeed ideas — particularly work songs and work anecdotes — because they shape their lives better than high theory. Shukla and her team published books in which a girl asks: “Is Chyavanprash only for boys?” or “Why must boys not wash utensils?”

Today, three decades later, Vacha has an outreach in more than 16 bastis in the city. Publishing books in which the bal-kishoris document their lives, the centres borrow heavily from Shukla’s work in her formative years. The emphasis is on basic stuff: “The right to food; right to pee; right to complain; the right to walk or cycle on the streets of Mumbai with heads held high; and, the right to laugh.”

When I had asked her what that meant, she said, “We had mothers who told us our daughters are happy at your centre, but please instruct them not to laugh so much when they step out. Some man will then stop them from going there.”

During the pandemic, her work carried on. She reported that the situation in the bastis was “frightening”, with job losses and mounting inflation. Vacha ran classes for six-year-olds in 2020 as schools shut down, and then for Class II students this year. Her forecast for this group of children was dire: “All over the country, millions of children between five and seven are likely to remain illiterate or semi-literate.”

Besides dialectics and daaru with the best minds of our generation (from Angela Davis and Tariq Ali and Praful Bidwai to Flavia Agnes), Shukla’s weekly column in a Gujarati newspaper commanded respect from readers at a time when her Left politics had in some ways been eclipsed by right-wing gobbledygook. Be it her tributes to Dhiruben Patel and Ila Pathak or her analysis of women characters in Gujarati novelist Govardhanram Tripathi’s works, she sang the song of sanity. She analysed Vile Parle, the part of the city in which she stayed most of her life. In fact, she had insights on everything, from secret non-vegetarian joints to rare harmonium players. From Marx to Gandhi.

She corrected me when I mentioned her fondness for Gandhi in a public programme. “Gandhian education, though not always Gandhi, has been dear to me. Even today, I am trying to balance both in Vacha’s scheme of social education in the bastis of Bombay.”

By some standards, the planet has made progress when it comes to rights for women. And yet, four decades after the Mathura case, the question to ask is, if an Adivasi minor girl would be raped today, will we find the energy, force and commitment to raise our collective voices?

If only we had time for one more rousing song, Sonalben.

This column first appeared in the print edition on September 13, 2021 under the title ‘The songs of Sonalben’. The writer is a playwright and editor of PrintWeek.