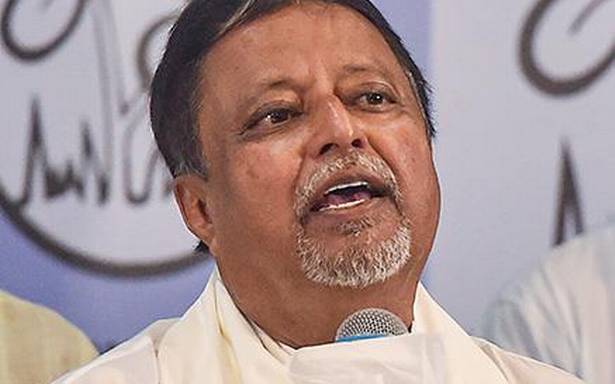 Roy, who was elected on BJP ticket in May polls, joined TMC in June

Mr. Roy, who was elected on a BJP ticket in the Assembly polls in May, joined the Trinamool Congress (TMC) in June. He was later appointed chairman of the Public Accounts Committee, a post usually reserved for an Opposition legislator.

On Thursday, when the matter came before the court, Advocate General S.N. Mookerjee said the Speaker had moved to Supreme Court against the High Court order.

The development in the case will have a bearing on the fate of legislators who have joined the ruling TMC after being elected from the Opposition parties. Since May 2021, four BJP legislators have switched sides and joined the TMC.

Scores of legislators of the Opposition parties joined the TMC between 2011 and 2021 and not a single one of them has been disqualified for the defection.

In another development, the High Court gave exemption to officials of the CBI and the Enforcement Directorate from appearing before the Speaker in connection with the Narada case.

The Speaker had summoned the officials on the ground that his permission was not taken before charge sheets were filed against the House members.

The Central agencies had filed charge sheets against MLAs, including a few Ministers, in the Narada sting operation.