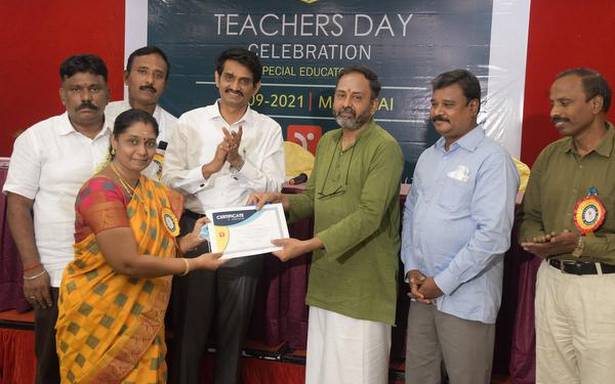 Special Educators (Educators who teach and train special needs children) should be treated on a par with the regular teachers, Madras High Court Judge Justice G.R. Swaminathan said, pointing to the fact that they played a big role in the overall development of such children.

Justice Swaminathan was speaking at the Teachers’ Day Event organised by the Tamil Nadu Council of Special Schools (TCSS), here on Saturday. The event was held to felicitate the Special Educators who were working in various special schools for the development of the special needs children.

In his address, Madras High Court Judge Justice B. Pugalendhi urged the council to take up the plight of the Special Educators with the government.

Moved by the contribution made by the Special Educators and taking note of the plight of the teachers, the judges asked the council to take up their cause and write to the government so that they are provided with a respectable salary.

A free COVID-19 vaccination camp was held as part of the event.