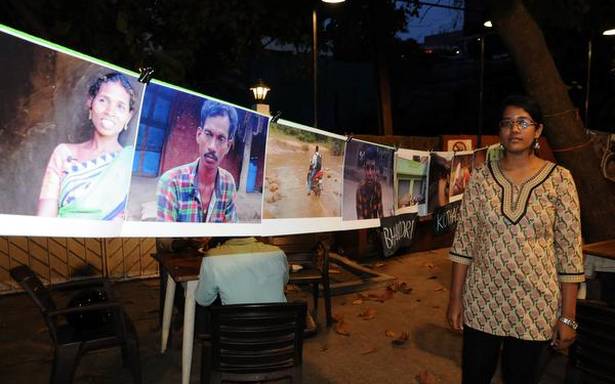 The robustness of government healthcare services and gaps can be assessed by evaluating medical services offered in remote villages. Working with this idea, a group of professionals from Bharat Dekho, a voluntary social organisation, visited villages in five districts of Telangana and compiled a report on why people do not opt for government hospitals. Reasons of healthcare workers for not being able to deliver quality services were also included.

Photographs of their field visits from July to September this year, including some of the dilapidated government healthcare facilities, were displayed at Lamakaan here over the weekend.

The team comprised Romila Gillela and Abhijit Biswas, co-founders of Bharat Dekho, Viplab, Murali Krishna, and other members of the organisation. They visited Shadnagar mandal in Rangareddy, Mahbubnagar, Utnoor in Adilabad, Nekonda mandal in Warangal, and Bhadradri Kothagudem district.

As per their report, unhygienic conditions, unhygienic rooms and washrooms, lack of drinking water, attitude of healthcare professionals and other officers towards common people, absenteeism of healthcare workers were some of the reasons why people did not opt for government hospitals. On the other hand, reasons mentioned by healthcare workers in this regard included lack of functioning equipment for quality diagnosis, lack of proper roads to travel regularly, and an overstressed workforce.

The observations were submitted to the district collectors and authorities concerned. The issues of delay in issuing salaries to Accredited Social Healthcare Activists was also mentioned.

Mr Abhijit said that paying salaries on time will empower the ASHAs, and added that a channel has to be established through which frontline workers can lodge their grievances to the authorities concerned with hope of a solution. Since several COVID patients from villages had to get admitted to hospitals in Hyderabad, they wanted to know the state of health services in the remote places, Ms Romila chimed in.

The team plans to go back to the surveyed villages and continue the dialogue of improving health services.