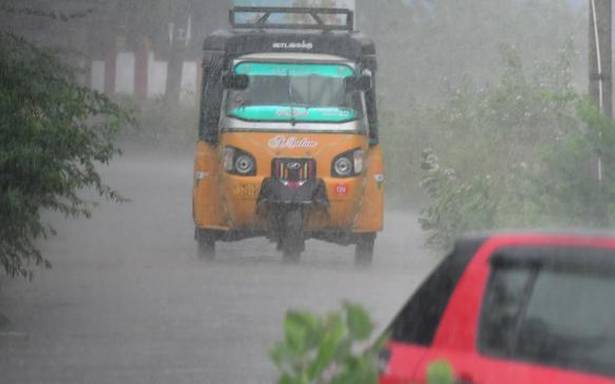 PWD engineers have given the final flood warning to the public residing close to the riverbed in Manjalar near Periakulam in the district as the storage level at the Manjalar dam had reached its maximum level on Saturday.

Widespread rain in the western ghats and the summer rain in and around the district in the recent days had resulted in steady rise in the storage level from 42 feet to 55 ft. The maximum storage at Manjalar dam is 57 feet.

The residents in Ganguvarpatti, G Kallupatti in the district and Batlagundu in neighbouring Dindigul district had been cautioned. The PWD officials had already given the second warning, when the storage level crossed 53 ft.

The officials said that Silver Cascade falls in Kodaikanal experienced heavy flow and there was widespread rain in many parts of Dindigul district for about 30 to 45 minutes on Saturday evening.