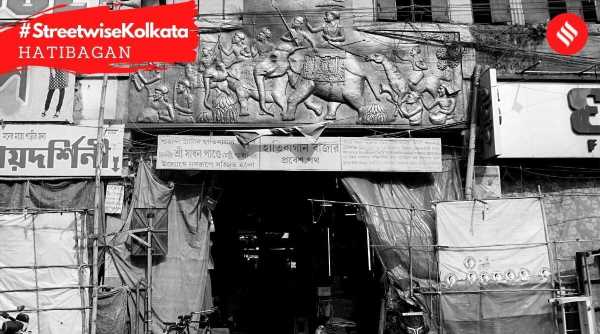 The origins of Hatibagan’s name can be traced to 1756 when Nawab Siraj-ud-Daulah captured Calcutta from the East India Company and kept his war elephants in open ground here. 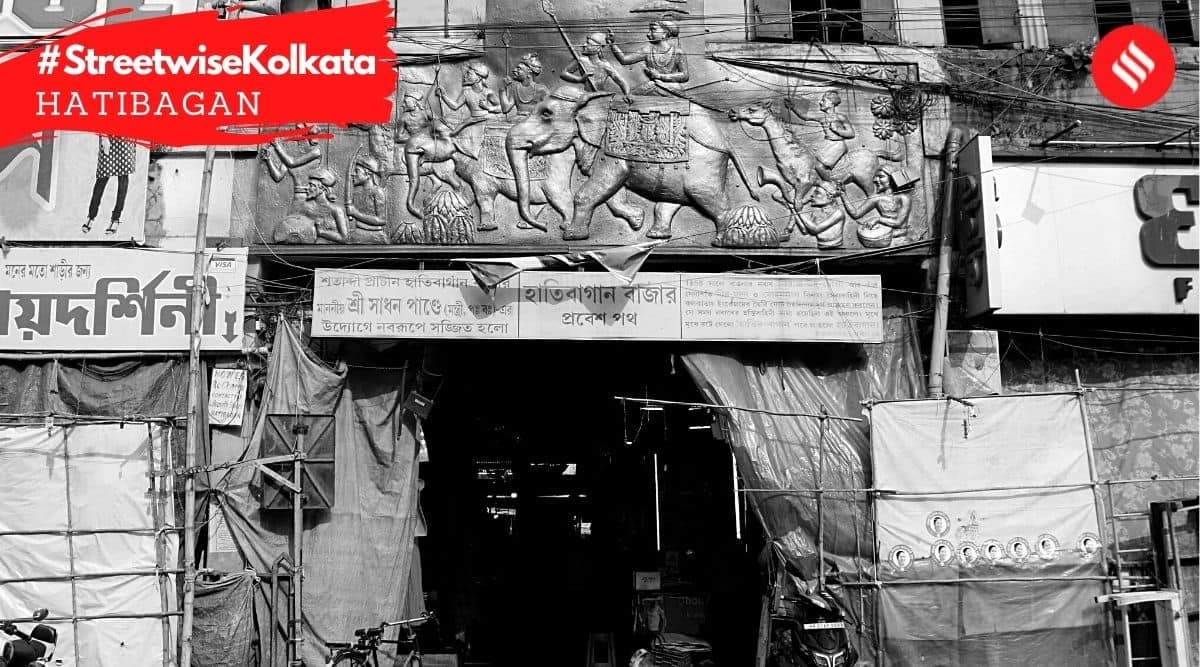 North Kolkata isn’t really a single neighbourhood. Rather, it is a composite of several smaller enclaves, each with a distinct identity of its own. But few have managed to retain their characteristics over the years like Hatibagan, that is nearly three centuries old.

Skirting the neighbourhood of Shyambazar, Hatibagan is among the city’s largest marketplaces. In addition, it has the highest density of single screen cinemas in the city, a number that is fast depleting with the rise of multiplexes and the turn to streaming platforms.

The origins of Hatibagan’s name can be traced to 1756 when Nawab Siraj-ud-Daulah captured Calcutta from the East India Company and kept his war elephants, hati, in open ground here.

The anecdote finds mention in an entry in the 1889 edition of the National Magazine by Bengali scholar Sarat Chandra Mitra, who writes: “Hatibagan is so-called from elephants having been quartered there formerly, as elephants in the last century were allowed to walk about the town. Though at the present day, they are not allowed to do so during the day time.”

Mitra’s writings indicate that by the turn of the century, this practise had changed, which may be attributed to the development of Calcutta as a growing metropolis under the British, combined with the phasing out of the use of war elephants in the Indian subcontinent in the 19th century. 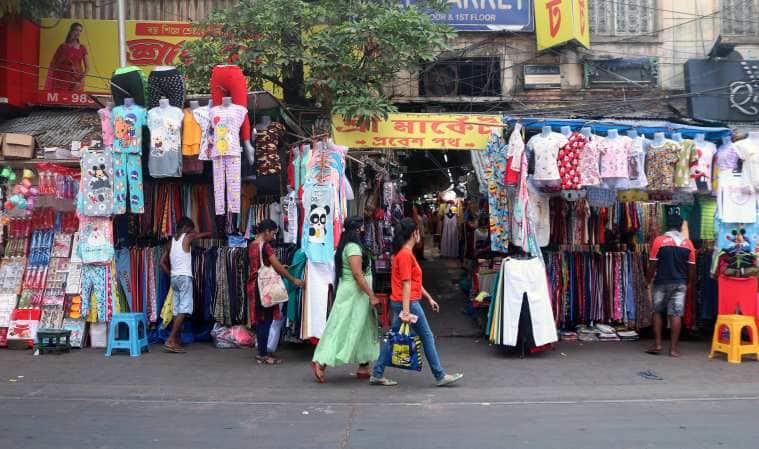 In his book ‘A History of Calcutta’s Streets (1987)’, historian P. Thankappan Nair writes that Siraj-ud-Daulah may have chosen Hatibagan for its proximity to the neighbourhood of Halsibagan, approximately 10 minutes away by foot, where the nawab had set up camp with his entourage.

The marketplace that now dominates the neighbourhood was first developed by Mehtab Chand Mullick, about whom little is known. But historical documentation of other marketplaces that developed around the same time in Bengal indicates that Mullick may have been a wealthy zamindar or merchant who would have had a surplus of funds to donate for the development of public utilities and spaces.

During the Second World War, this marketplace was among the places where the Japanese dropped bombs in Calcutta in 1942, although it did not explode in this dense neighbourhood. Seventy years later, this marketplace suffered severe damage when a fire broke out in 2012, destroying several shops inside.

Today, the number of single-screen cinema halls that once dominated the neighbourhood have reduced to only three. The exteriors of these structures reflect the complexity of Kolkata’s architectural history, a unique set that cannot be seen elsewhere in the city, let alone the country. The 138-year-old Star theatre, built in 1883, is one of the oldest cinema halls in the country and has retained its exteriors done in the tropical colonial-Bengali style. A designated heritage property, the interiors have been modified, a move that became necessary after it was damaged in a fire. 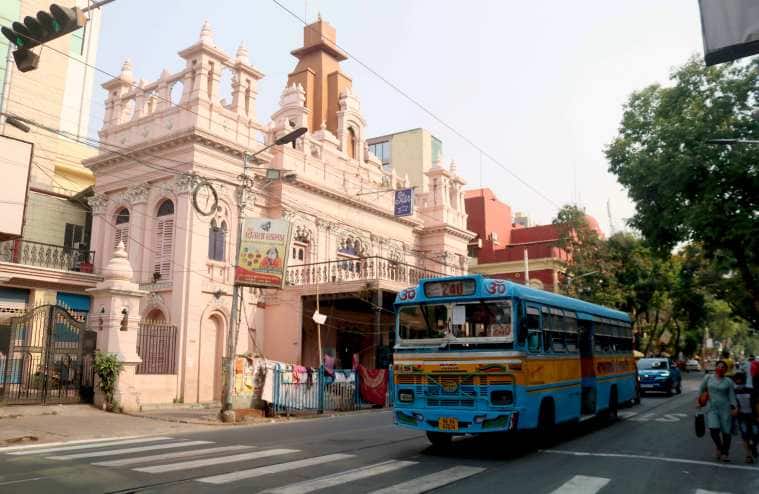 While films continue to be screened in this iconic cinema hall, it has also been repurposed to stage plays a few times a year, particularly during the winter months. The staging of plays in Star theatre is really a continuation of the legacy started by celebrated Bengali theatrician Girish Chandra Ghosh, who first held plays here in the 1880s.

A small sign-board in yesteryear’s graphics still displays the cinema hall’s name, like a tenuous connection to 1960s in the city. A few years ago, a local enterprise took ownership of this heritage property and has been running it ever since, with modifications to its operations and interiors that had been criticised by many locals at that time.

A few steps away is Darpana cinema hall and looking past its fading paint and torn billboards reveals its art deco exterior that is surprisingly intact. On one side is a neon sign board with the hall’s name in Bengali, now a rare sight in the city, that doesn’t appear to have worked in the last 15 years.