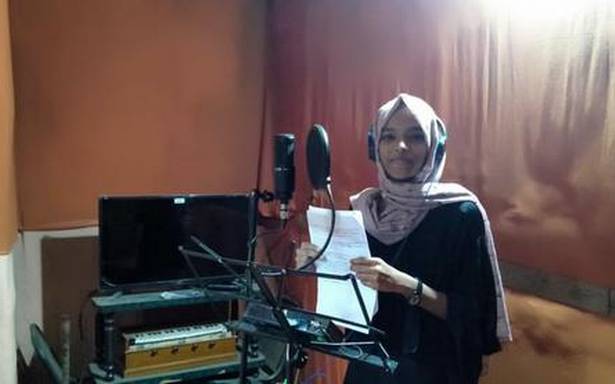 The way of observing Teachers’ Day is different for each school. Two schools in Kozhikode city chose the day to launch their own radio stations.

The Government Model UP School at Puthiyangadi and the Calicut Girls’ Vocational Higher Secondary School have made it possible amidst so many limitations imposed by the pandemic.

“Sruthi Tharangam”, the radio station of the Calicut girls was launched on Sunday by noted radio jockey Lishna while M.K. Raghavan, MP, launched the GUPS FM.

"The radio channel is intended to improve the self confidence, language skills and team work of the students besides encouraging them to speak and listen", M. Salih, the teacher who coordinates the channel of Calicut girls, said.

On the other hand, the students of GUPS, Puthiyangadi, are mostly from fishermen families and are comparatively younger. For them, getting their voice heard on the radio is a big deal and a big boost to their confidence, headmaster Ashok Kumar said. Both the stations will be available through a mobile application and the links of the programmes will be shared among the students.

It was on the previous Teachers’ Day that GMUPS started their Youtube channel, which has been a great success. “The students have taken it very seriously and have been doing several programmes, especially on important days", Mr. Ashok Kumar said. The GMUPS FM had a poem by one of the students as its launch programme on Sunday.

News in four different languages will be broadcast initially while the students come up with other programmes. A smart classroom of the school has been converted into a radio studio temporarily. The voice clips sent by the students are processed and uploaded into the radio.

Meanwhile, Calicut Girls’ Shruthi Tharangam is yet to start broadcasting. Mr. Salih said that the programmes would begin by the end of the month and that there would be live as well as recorded programmes. The school already has a well equipped studio, which will be used for the radio. The school also has plans to start a Youtube channel, he said.