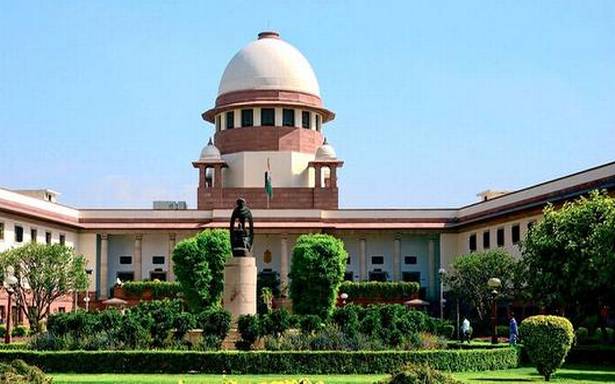 “We don’t want to interfere with the orders of High Court directing preliminary inquiry by CBI,” the bench said.

In a setback to Maharashtra government and its former home minister Anil Deshmukh, the Supreme Court on Thursday dismissed their pleas challenging the Bombay High Court order directing a CBI probe into allegations of corruption and misconduct levelled against him by former Mumbai police commissioner Param Bir Singh.

“Looking at the personas involved and nature of allegations and seriousness of allegations, it requires investigation by an independent agency. It is a matter of public confidence,” a bench comprising Justices S.K. Kaul and Hemant Gupta said.

“We don’t want to interfere with the orders of High Court directing preliminary inquiry by CBI,” the bench said.

It is only preliminary enquiry, nothing is wrong in it when serious allegations are made by senior officer against a senior minister, the bench said when counsel for Mr. Deshmukh alleged that oral allegations were made without any substance and CBI probe was ordered without hearing him.

The bench said that two persons involved in the case was the police commissioner and the home minister and they were working together till they fall apart.

Senior advocate A M Singhvi, appearing for Maharashtra, said that it was aggrieved by CBI probe as the consent for it was withdrawn by the state earlier.