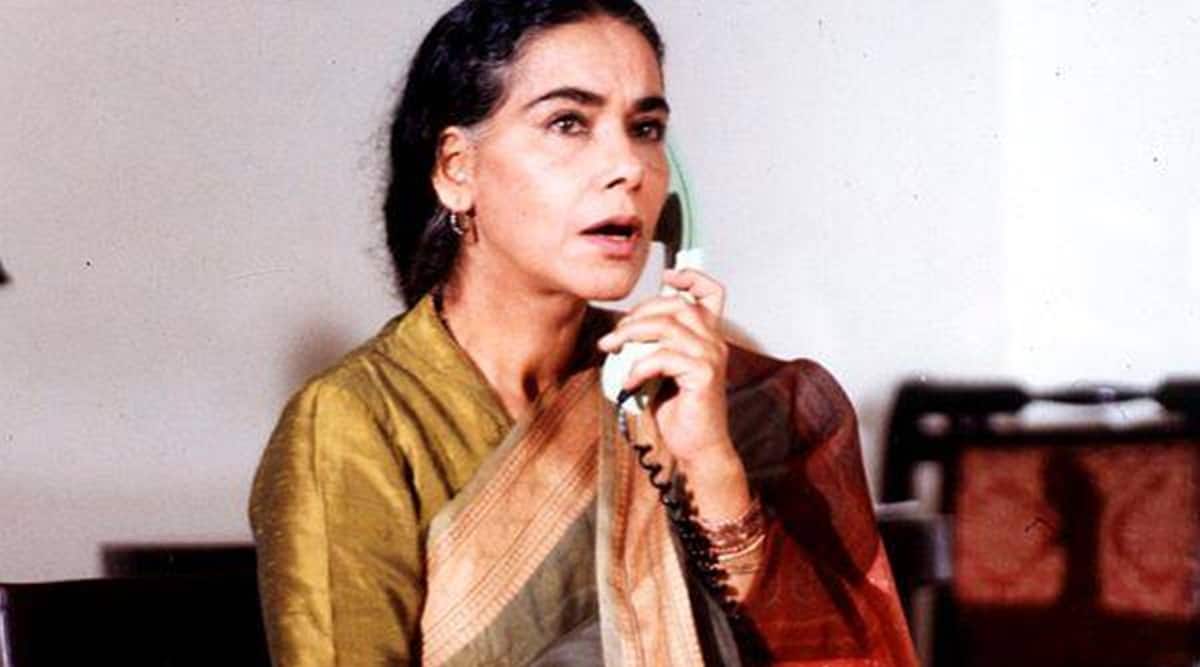 I can only recall Surekha Sikri’s legacy through anecdotes, cameos and vignettes, partly remembered and partly imagined. A performer for whom superlatives were created — and sometimes discarded. She was known for her daring and dangerous leaps on the stage through bold and brilliant interpretations of characters that were not only thrilling but also dangerously exciting.

I joined the National School of Drama (NSD) in the mid-Seventies and the first person I met was an attractive willowy woman sitting in the canteen, wavy hair, cotton sari, blowing smoke rings in the air. How cool is that, I thought. Her name, I discovered, was Surekha Sikri. She had an air of silence around her and spoke in a measured tone, with little or no inflection.

She would sit in any chair that was available, cracking the invisible hierarchy of senior and junior. She was a minimalist and never aired her opinions. Her private space could not be pierced, as the carapace around her was impregnable. During that period, the repertory and the school functioned as one creative unit. Manohar Singh, Uttara Baokar and Surekha Sikri were the triumvirate of the repertory. Most of us were humble supplicants, overwhelmed by their prodigious talent.

I never met Sikri after I left the NSD in 1975, yet her memory and impact linger, her images remain embedded. An actor who set the stage on fire, creating for the younger generation the template of “good acting”. Her capacity for hard work and craftsmanship was evident in the way she chiselled and hammered a role in the smithy of her soul. Her script was sacrosanct and if I ever glanced at her half-open scripts, I noticed scribbles and notes, jottings and annotations choreographing the trajectory of her role with diligence and imagination.

For several years, Sikri had been away from the stage. On screen, she played a range of characters, from a dominating matriarch as Dadisa in Balika Vadhu to a cantankerous crone in Badhai Ho. Tamas and Mammo got her national accolades, but it was the stage where her brilliantly nuanced interpretation and burning intensity were in evidence.

I have often thought of Surekha in these intervening years, and her leaving theatre certainly created a vacuum. Despite being a student of the indomitable Ebrahim Alkazi besides spending 15 years in the school repertory, she walked away to the capricious world of films, to uncertainty and an ambiguous possibility. Yet the courage required to move away from a safe and familiar space has to be commended. In theatre, she was the most powerful “star” in the firmament. She entered the films as a beginner. This was, perhaps, another challenging role that she decided to play!

Even after so many years, I can recall the excitement I experienced when I saw Alkazi’s production of John Osborne’s Look Back In Anger. The studio theatre was connected to the foyer by a narrow gallery. I would watch the long queue of people that gathered every evening for the show. This Alkazi production with Surekha, Baokar and Manohar Singh had taken Delhi by storm. The volatile performances by the three protagonists in “their rediscovery of the tirade” saw the emergence of the anti-hero for the first time on the Indian stage. In the climax scene, Surekha as Alison Porter emits dry cracked cries that resound in the small studio theatre. Even though I was mesmerised by the play, I would be fascinated by a parallel show that was going on in the auditorium. Odd sounds would well up in the darkened theatre and looking around I saw the audience sniffling into their handkerchiefs while some openly cried. It seemed two plays were being performed simultaneously. I had already seen 10 performances and could have happily seen 10 more. Each day after the show, when I used to go backstage to meet the actors, they would look at me in amazement and exclaim, “Not again”. After the show, she was so distraught that she could not take the conventional curtain call. She entered her role and became the sinews and blood, the vessels and bones of the character. Does it sound like hyperbole? Well if it does, so be it.

The only time I heard her being chastised was after a show of Devyani Ka Kahna Hai. A scene in the play had Devyani, the protagonist, played by Sikri walking out of her home with a suitcase. “You could have stuffed the suitcase with newspaper,” Alkazi yelled.

For several years, Sikri had been away from the stage, making us recognise the stress of being in the arts and struggling for a livelihood, its curses and inspirations, its rewards and loneliness, its highs and lows in all its manifestations.

This column first appeared in the print edition on July 19, 2021 under the title ‘Role model’. The writer is a theatre director