No group has claimed responsibility for the attack. But Maldives police chief Mohammed Hameed has said the attack is being investigated as a “terrorist act”. 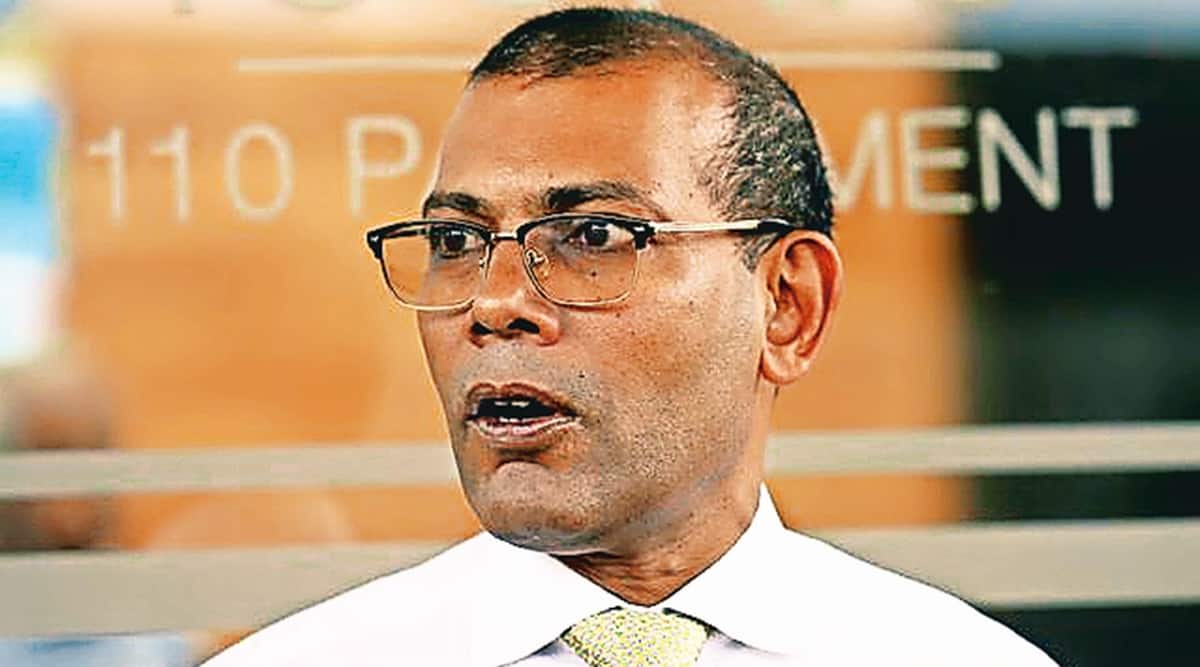 One of the three men arrested for Thursday night’s attack on the life of Maldives Speaker and former president Mohamed Nasheed is believed to have links with Islamist extremists, official sources told The Sunday Express.

No group has claimed responsibility for the attack. But Maldives police chief Mohammed Hameed has said the attack is being investigated as a “terrorist act”. Maldives has also raised its terror alert level to amber, the highest, Maldivian National Defence Force (MDNF) chief Major General Abdulla Shamaal told reporters Friday.

Police said they were looking for “four people of interest” who had been seen engaging in “suspicious activities” in the area. The IED explosion was most likely triggered by a mobile phone or a remote device, according to Shamaal.

Two men were arrested early on Saturday for their suspected role in the attack, in which Nasheed suffered extensive shrapnel wounds, and a third in the evening. One of them has “known links” an Islamist group, according to official sources.

Nasheed, who is now Speaker of the Majlis, the official name of the Maldivian Parliament, underwent surgeries for removal of shrapnel on Thursday night and Friday. His condition has improved, and he has been taken off the ventilator, the sources said. 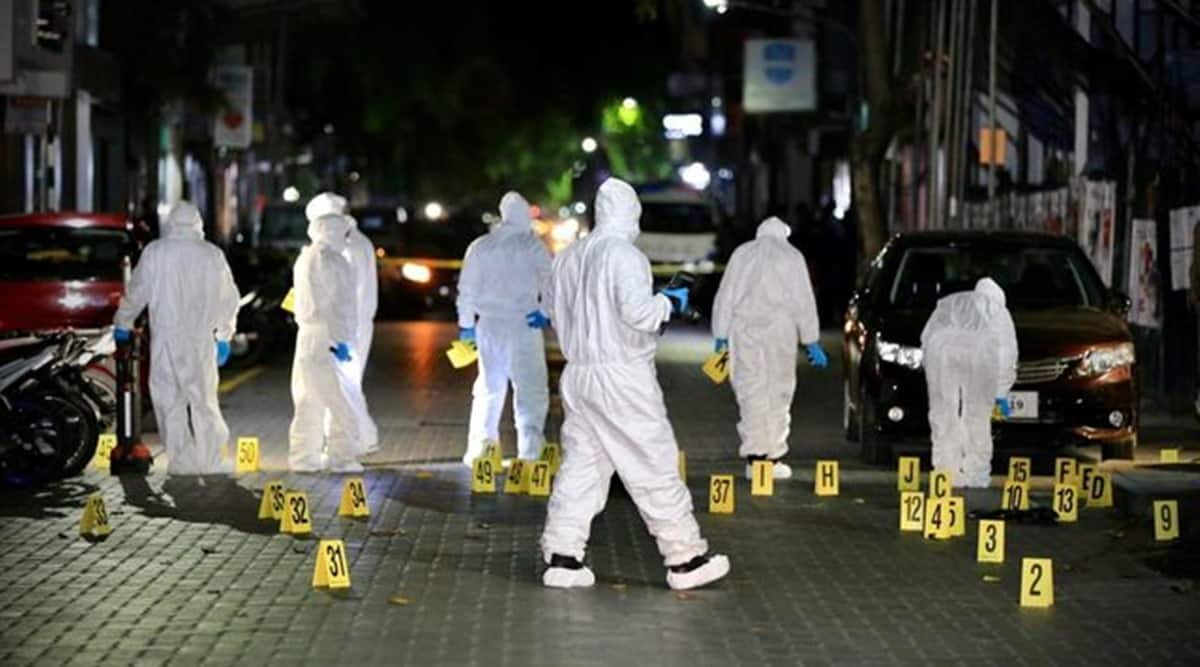 Incidentally, 34 Australians involved in the IPL, including players, umpires and commentators, arrived in Maldives on Friday, a day after the T20 tournament was cancelled due to Covid concerns.

Defence Minister Mariya Didi said Friday night that the explosive used in the IED was “not military grade”.

CCTV footage of the blast released by a website Saturday shows Nasheed walking through a crowded and narrow Male lane outside his home, with his bodyguards ahead and behind him. The lane is packed on one side with parked two-wheelers. The IED goes off as soon as he reaches his car parked at the head of the lane, the video shows.

Shamaal said security forces had made requests to declare the road in front of Nasheed’s house a no-parking area, but this was not done. There was no prior intelligence about the attack, he said.

Nasheed’s car driver suffered auditory shock from the blast, and the former president was taken to the hospital in a back-up vehicle. He arrived at the hospital within eight minutes of the attack, which occurred at 8.27 pm, the Defence Minister told reporters.

Nasheed has been outspoken against the growing influence of Islamist extremists in the predominantly Sunni Muslim country. Between 300 to 500 young Maldivians are believed to have joined ISIS in 2014-15 to fight in Syria and Iraq.