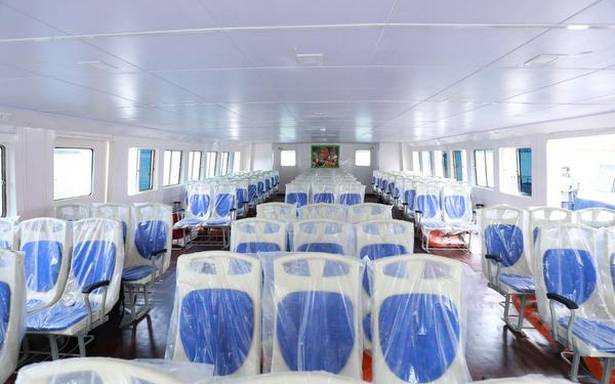 A pair of catamaran ferries, the first vessels of their kind from the SWTD stable, will be launched at Kamalakadavu in Fort Kochi through video-conferencing by A.K. Saseendran, Minister for Transport, on Monday.

Each ferry has 100 seats and is capable of attaining speed of up to 7 nautical miles. These ferries are 20-metre-long and 7-metre-wide and will replace steel ferries that the SWTD operates in Kochi.

Another five such ferries will follow suit in the coming months. The ticket fare will be the same as in older ferries.

Having two hulls, the catamaran ferries offer more safety than their single-hull counterparts in operation now.