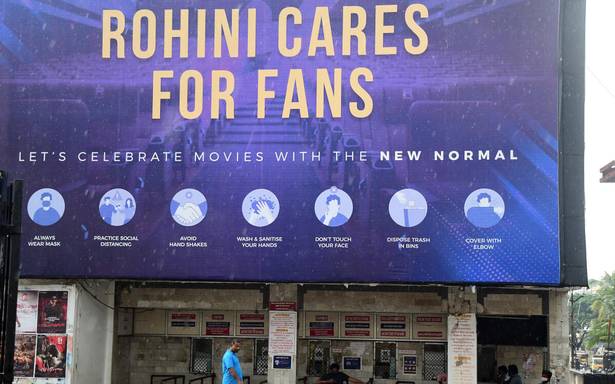 The State government on Friday reversed its January 4 decision allowing 100% seating capacity in cinema halls. Instead, it has said that cinema halls can hold extra shows.

It allowed 100% seating after the Tamil Nadu Theatre Owners’ and Multiplex Association requested the government to increase occupancy limit, from the previously allowed 50%, for Pongal releases.

This has come as a blow to producers, who were hoping to draw movie fans, in large numbers, back to the theatres, for Pongal. Despite the State government allowing theatres to reopen in November, with 50% capacity, theatre owners were desperate to operate at full capacity, as big budget films such as actor Vijay’s Master and actor Silambarasan’s Easwaran were lined up for Pongal and producers did not want to release new films in theatres at 50% seating capacity.

In a G.O. issued on Friday, the government explained retrospectively that theatres had been allowed to operate with 100% seating capacity, keeping in mind the welfare of the workers in the cinema exhibition industry. However, a letter from the Union Home Ministry, to the Chief Secretary, urging the State to stick by the Union government’s recommendations, regarding the easing of lockdown norms, seems to have forced the State’s hand on the issue.

“Keeping in mind the Centre’s recent recommendation and that a case is pending regarding this issue in the Madras High court, single-screen theatres and multiplexes inside malls will be allowed to function with 50% seating capacity. Based on the orders of the Madras High Court, theatres can screen extra shows,” the G.O. said.

The G.O. further added that people frequenting theatres should adhere to precautions such as wearing face masks and adhering to distancing norms inside the halls.

R. Paneerselvam, general secretary of Tamil Nadu Film Exhibitors’ Association, said revenues would continue to go down, if theatres operate at 50% occupancy. “The permission to screen extra shows has come as a breather. This will help cover loses to an extent and will infuse confidence among families to walk in to watch films,” he said. Mr. Paneerselvam also pointed out that a representation would be made to the State government on Monday, requesting flexi-pricing on tickets.