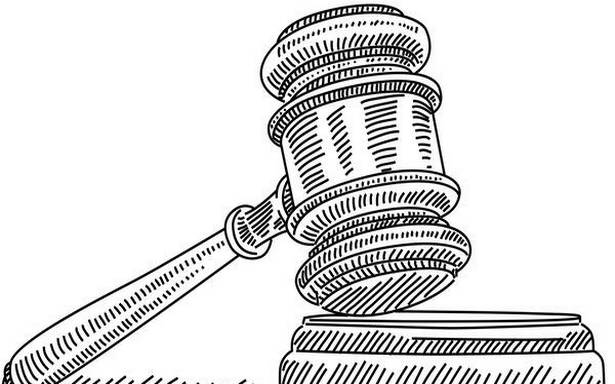 The recent observations by the Chief Justice of India (CJI), S.A. Bobde, while granting bail to a government servant who is accused of repeated rape and torture of a 16-year-old child have been widely criticised though the Chief Justice of India has now denied having suggested marriage to the rape accused. To be fair to the head of India’s judiciary, not only was the question possibly raised due to the record before him in accordance with the powers of judges under Section 165 of Indian Evidence Act, 1872 to ask any question but he also did promptly realise the sensitivity involved and quickly corrected himself by saying, ‘we are not forcing you to marry the victim’. The worrisome issue is that legally speaking, rape is not even a compoundable offence and parties are not allowed to enter into compromise. Seeking an apology from the Chief Justice of India is not appropriate; however, South African Chief Justice Mogoeng Mogoeng was recently directed by the Judicial Conduct Committee to apologise unconditionally for making pro-Israeli comments in a webinar.

Editorial | Rape and marriage: On the Supreme Court’s failure to protect the rights of women

The real problem is that such avoidable utterances reflect the patriarchal mindset of our judges and the larger society. These statements demonstrate our gender insensitivity. While today the Chief Justice of India is being criticised from all over, let us remember that there have been several orders and judgments by Indian judges in the past which have done huge disservice to gender justice. Accordingly, the innocent question by the Chief Justice of India (“When two people are living as husband and wife, however brutal the husband is, can the act of intercourse between them be called rape?”) is neither the first nor the last instance.

Here, in this instance, the man had married the victim at a temple and subsequently refused to recognise her as wife and married another woman. The accused had allegedly caused injuries to the private parts of the woman, yet was granted bail. Here again, what the Chief Justice of India said was similar to the Modi government’s affidavit, in 2017, in the Delhi High Court. The RSS too had opposed marital rape being made a crime. Interestingly, the Justice J.S. Verma Committee (2013), which was constituted after the Delhi gang rape (2012) had said that rape should be viewed not as an infringement of a woman’s chastity or virginity but a violation of her bodily integrity and sexual autonomy. This autonomy cannot be permanently lost by entering into marriage. Rape remains rape irrespective of the relationship.

In the higher judiciary

Let us look at similar observations by other judges to understand the patriarchal attitude of judges. A few years ago, the top court orally asked a convict who had molested a girl 10 years ago to fall at her feet and that if she forgave him, the Court too would limit his sentence of imprisonment to the period already undergone. In its June 22, 2020 order while granting advance bail to the rape accused, Justice Krishna S. Dixit of the Karnataka High Court asked why ‘the victim had gone to her office at night’; why had she ‘not objected to consuming drinks with him’. He further observed that ‘the explanation offered by the complainant that after the perpetration of the act, she was tired and fell asleep is unbecoming of Indian women; that is not the way our women react when they are ravished’. After a hue and cry, the judge expunged this controversial statement on July 2, 2020. The Nagpur Bench of the Bombay High Court, in a strange ruling, had ordered that the sentence of the ‘rape convict can be cut if he agrees to pay ₹1 lakh to the victim’. Of course, the poor victim accepted the offer. In another case, the Bombay High Court had ordered that breaking a promise of marriage is neither cheating nor rape. Here, the victim had filed for divorce from her husband to marry the accused. Justice Mridul Bhatkar granted bail to the accused observing that ‘it is an unfortunate case of frustrated love affair’. The Madras High Court had granted bail to a rape accused so that he could mediate with the victim. The Supreme Court had to quickly intervene to get the bail cancelled.

Who can forget the shocking decision in Bhanwari Devi (1995); she was gang-raped in 1992. The acquittal order by the Rajasthan court gave absurd reasons such as a higher caste man cannot rape a lower caste woman for reasons of purity; her husband could not have watched his wife being raped; men who are 60-70 years old cannot commit rape and one relative cannot commit rape in front of another relative. It has been 25 years but the appeal against such a bizarre judgment has not been disposed of.

Even in other matters about women, a few of our judges at times demonstrate our society’s attitude toward women. A 2020 judgment from the Guwahati High Court treated refusal of applying sindoor (vermilion) and wearing conch shell bangles (shaka) as sufficient basis to grant divorce to the husband. A few years ago, the Madras High Court gave an absurd order by directing that ‘divorcees too should maintain sexual purity to claim alimony’. Even a progressive judge like Justice M. Katju in D. Velusamy vs D. Patchaiammal (2010) had termed a second Hindu wife as a ‘mistress’ and ‘keep’, and thus not entitled to maintenance.

In Narendra vs K. Meena (2016), the top court held that under Hindu traditions, a wife on marriage is supposed to fully integrate herself with her husband’s family and that if she refuses to live with her in-laws, it would amount to cruelty and the husband would be entitled to divorce her under the Hindu Marriage Act. The High Court had ruled in favour of the wife.

But the Supreme Court reversed the High Court’s order, observing that ‘in India, generally people do not subscribe to the western thought, where, upon getting married or attaining majority, the son gets separated from the family. In normal circumstances, a wife is expected to be with the family of the husband after the marriage. She becomes integral to and forms part of the family of the husband’. Interestingly, though the wife is an integral part of her husband’s family, yet she is not a coparcener under the Hindu Succession Act.The Court also used Indian and Hindu ethos interchangeably without realising that under Muslim Personal Law, a wife has an absolute right to demand separate residence for herself.

In Rajesh Sharma vs The State Of Uttar Pradesh (2017), a two judge Bench of Justices Adarsh Kumar Goel and Uday Umesh Lalit in yet another controversial order observed that there should be no automatic arrests on charges of cruelty. In this case, a demand of dowry was made for ₹3 lakh and a car, which the wife’s family was not able to meet. The pregnant wife was sent to her house, where she experienced trauma and her pregnancy was terminated. She was allegedly tortured, as noted by the lower court. An offence under Section 498A is non-bailable and non-compoundable so that the victim is not pressured into a compromise. And it is cognisable in that a police officer can make an arrest without a warrant from the court. The court did not hesitate in issuing a number of directions in favour of the accused — no arrest should normally be effected till the newly constituted Family Welfare Committee submitted its report; personal appearance of accused and out-station family members need not be insisted upon; bail application should be decided the same day. In 2017, the court decided to review this judgment.

In the infamous Hadiya (2017) case too, some of the observations of the Kerala High Court about Hadiya’s independent agency and powers of her father over her were equally shocking and patriarchal. Even though the Supreme Court in 2018 upheld the validity of her marriage and overruled the High Court’s strange judgment, the fact is that the top court’s order of investigation by the National Investigation Agency into the matter of marriage of two adults was absolutely erroneous.

One hopes the controversy now will lead to greater gender sensitivity by our judges, at least in their oral observations and questions, if not the final judgments. It would be better to target patriarchy rather than the Chief Justice of India. Of course the power to ask questions too must reflect gender sensitivity.