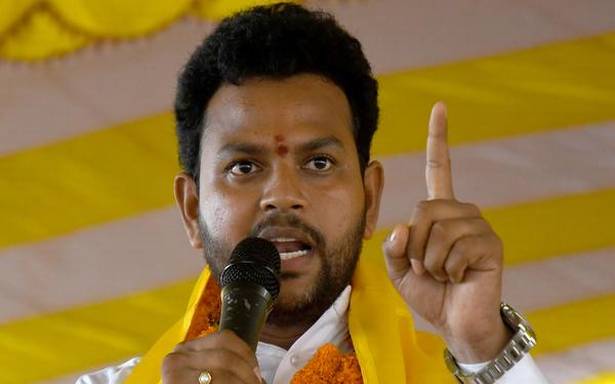 When Indian cricket captain Virat Kohli took a paternity leave before the Indian team’s Australian tour, there was a huge uproar. Now joining Kohli is Telugu Desam Party’s Lok Sabha MP Ram Mohan Naidu, who has taken paternity leave amidst the Budget session of Parliament as he and wife are expecting their first child.

The two time MP in his leave application to Speaker Om Birla, said that as a responsible husband and soon-to-be father, he wished to be by his wife’s side.

He wrote that in addition to nutrition, “nurturing relationships and secure environment” in the early days of a child’s life shape his/her well being and cognitive development.

“More importantly, I believe childcare should not solely be the responsibility of the mother. I look forward to being an equal contributor in the care and progress of our child,” 33-year-old Mr. Naidu added.

Parliamentarians do not have a fixed leave structure. The MPs have to inform Lok Sabha Speaker or Rajya Sabha Chairman. The leave application is then directed to a committee, Absence of Members from the sitting of the House, which decides on the request.

“We need to talk about a father’s role in parenting. The more it becomes part of our daily discourse, the more it will get normalised. These discussions should be held at every workplace,” Mr. Naidu said.

Talking about the uncharitable remarks that Mr. Kohli had to field, Mr. Naidu said it is very insensitive and immature to look down on such issues. “This is a serious issue being faced by a lot of working men in this country. There is nothing wrong with a father wanting to be with his wife and newborn. It only shows the respect and responsibility he has towards his family. And this is something that is expected from every man,” he added.

Referring to the peculiar situation a public representative is in where taking any time off is considered sacrilegious, Mr. Naidu said, “As an elected representative my duty is towards the people. But at the same time, I am also responsible for my family. And both the duties have to be balanced.”