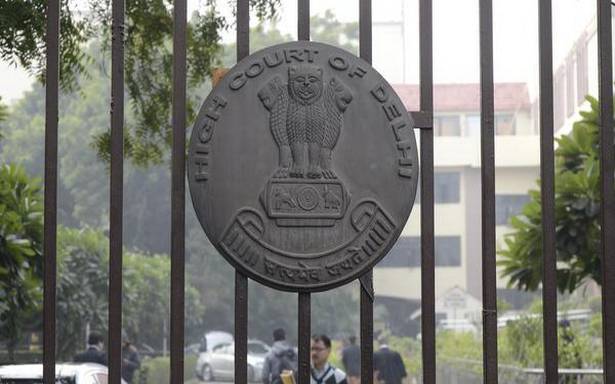 Deaths due to shortage must be compensated, says court

The Delhi High Court on Tuesday cautioned the Delhi government to put its “house in order” over its failure to check black marketing of Oxygen cylinders and the chaos in supply of oxygen to the capital’s hospitals reeling under the heavy load of COVID patients.

“If you can’t manage it, tell us. Then we will ask the Central government to take over. We can’t let people die,” a bench of Justice Vipin Sanghi and Justice Rekha Palli remarked, adding, “The system has failed”.

“Delhi government has to pull up its socks on the issue of distribution of liquid oxygen to larger hospitals, but also supply of oxygen cylinders in nursing homes and smaller hospitals,” the court said.

During the hearing, Batra Hospital informed the court that it lost 21 lives to COVID-19 as it ran out of oxygen.

Acting on this, the High Court directed the Delhi government to submit a status report after enquiring from all nursing homes and hospitals with regard to deaths which have taken place on account of shortage of oxygen.

“We have to compensate all these patients who are dying of lack of oxygen. It is the responsibility of the State,” the court said. It the directed the Delhi government to provide within four days “the particulars of all such deaths i.e. the name of the patient, the ward, the time of death should be indicated in the report”.

The bench also questioned the Delhi government on how a oxygen refiller firm, with around 20 metric tonnes of oxygen available with it, was not included in the list of oxygen suppliers for hospitals and nursing homes.

"We are really alarmed at the situation that we have discovered today… If they have to take supplies only for the purpose of black marketing, they might as well stop their supplies," the court said, issuing contempt notices to the Delhi government on the issue.

“The manner in which it has been dealt, our confidence has shaken,” the court said, adding, “Are you aware of black marketing? Is it a good human gesture? It is not the time to become vultures.”

“Nobody can take the public for a ride,” the court said, directing the Delhi government to submit in an affidavit by Wednesday on the stock of oxygen with the gas refillers and the gas suppliers.

The high court also ordered that all pharmacies in the capital must give a day-to-day account of availability of Remdesivir to the Delhi government to curb hoarding and black-marketing of the critical COVID-19 drug.

The bench also issued contempt notices to five air refuellers who failed to join the court proceedings despite being told to do so. The High Court will continue hearing the case on Wednesday.