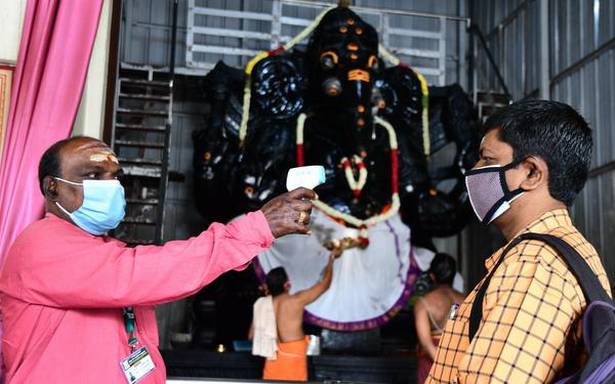 No pujas, only darshan allowed for devotees

Temples reopened after 70 days in Coimbatore district following the relaxations.

According to officials in the Hindu Religious and Charitable Endowments (HR&CE) Department, 273 temples with an annual revenue of over ₹10,000 and more than 1,000 small temples whose annual revenue was lower than ₹ 10,000 were reopened for devotees in the district. The 273 temples include prominent ones such as Subramaniyaswami Temple at Marudhamalai, Patteeswarar Temple at Perur, Aranganathaswamy Temple at Karamadai, and Koniamman Temple at Coimbatore.

As per the COVID-19 standard operating procedures issued by the State government, devotees were allowed inside the temples only with their masks on. Only darshan is being allowed for devotees. Abhisekham, archanas or other specia pujas are not permitted. The procession of deities will be carried out only within the temple premises and devotees will not be allowed to witness the event, the officials said.

At Marudhamalai Subramaniyaswami temple and Perur Patteeswarar temple, devotees began arriving as early as 6 a.m. for darshan on Monday.

Annadhanam was organised at 36 temples in the district, HR&CE Department officials said. Food will be served in packets outside the temple premises at noon and devotees will not be allowed to gather in large numbers. 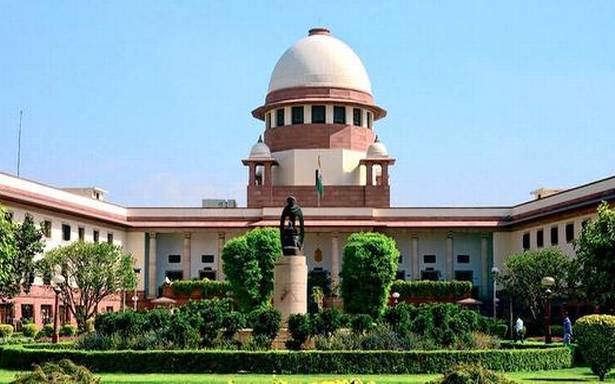 SC dismisses plea against NGT ban on firecrackers in Delhi 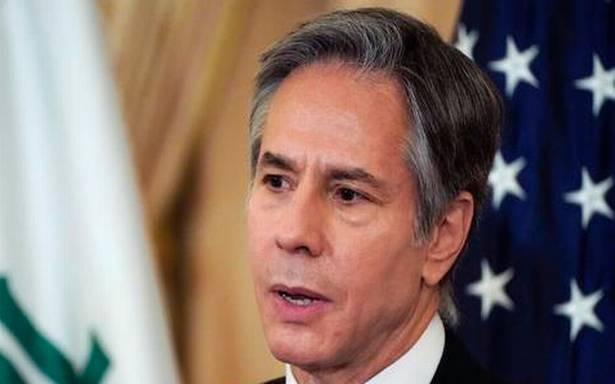 U.S. Secretary of State Blinken to visit India on Tuesday