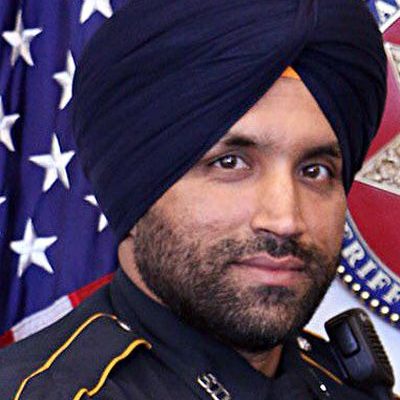 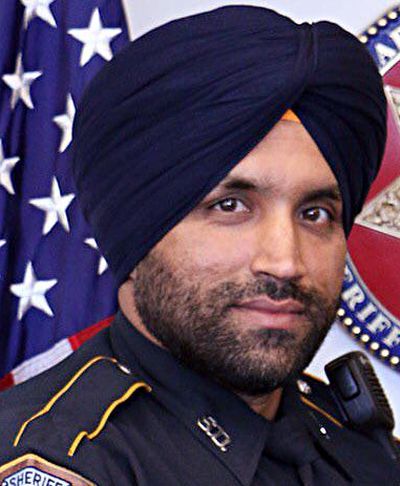 A man, who was found guilty of capital murder for gunning down Deputy Sandeep Dhaliwal, the first turbaned Indian-American Sikh police officer in the United States state of Texas in 2019, has been convicted by a court in Houston.

He had drawn widespread notice when he gained permission to wear a turban as part of his uniform in 2015, and was killed in an ambush-style shooting while on duty on September 27, 2019.

With Dahliwal’s family in the courtroom on Monday, the jury took less than 30 minutes to announce the verdict.

Solis, who fired his attorneys, had decided to represent himself in court.

He started his opening statement in the punishment phase by asking for the death penalty.

“Since you believe I’m guilty of capital murder, I believe you should give me the death penalty,” Solis told the jury.

“A swift verdict does not tell anyone in this courtroom what they already know. Find him guilty of capital murder,” the Prosecutor said in his closing arguments in trial of Robert Solis accused of killing.

The verdict came after over three years after Solis was arrested and charged with capital murder, accused of shooting Dhaliwal to death during a routine traffic stop.

As Judge Chris Morton read the verdict, Solis nodded his head slightly and showed no emotion.

During his testimony and closing argument of the guilt phase, Solis claimed that the shooting was an accident, calling the state’s case against him insufficient.

“I stand before you an innocent man until you all go back there and deliberate and determine whether or not the state has met its burden and whether I intentionally and knowingly, a conscious objective, shot this deputy,” Solis told the jurors.

Prosecutors said that Solis, who had an active parole violation warrant for aggravated assault with a deadly weapon from 2017, was motivated to kill the deputy because he did not want to go back to jail.

To prove their case they showed the jury a video from slain Deputy Dhaliwal’s body cam, showing Solis jumping out of his car and running up to his patrol car in the middle of the traffic stop, ordering him to put his hands up and not to move.

He then shot the deputy in the head at point-blank range.

It was a piece of heartbreaking evidence that moved everyone, members of the jury and Dhaliwal’s family, in the courtroom into tears.

As for Solis, just moments after the actual video of the murder was played, he asked the judge to render a summary judgment on the case, right then and there, and declare him acquitted of the crime, claiming the state had failed to make an adequate case against him for capital murder.

“I believe I will be able to show that I had no intention of killing this man,” Solis told the jury as he hung his head.

Hours later, Solis asked the judge that he recuse himself, in other words, that he quit this trial entirely.

“Since you believe I’m guilty of capital murder, I believe you should give me the death penalty,” Solis said.

Solis continues to deny he killed the deputy in cold blood, describing the deadly shooting as an unfortunate situation.

“It happened. I can’t change it. Was that my intent? My objective? Absolutely not,” he said.

The killing of Deputy Dhaliwal, a father of three children, shocked the entire community in Houston, where he had been known as a ‘trailblazing deputy’ for the Harris County Sheriff’s Office, who wore his traditional articles of faith, including a turban and a beard, while on patrol.

Dhaliwal worked with United Sikhs, a global humanitarian relief and advocacy nonprofit, to help organise the donation of truckloads of supplies for first responders after Hurricane Harvey. Dhaliwal was a source of pride for the Sikh community.

A post office in west Houston has been renamed in his honour and Congresswoman Lizzie Fletcher, who brought the renaming legislation to the US House of Representatives, said at the dedication ceremony, “I am honoured to play a role in commemorating Deputy Dhaliwal’s remarkable life of selfless service.”

“He represented the very best of our community: he worked for equality, connection, and community through his life of service to others. I was glad to work with a bipartisan delegation, our community partners, and those in the Sikh community, to pass legislation to rename this building the Deputy Sandeep Singh Dhaliwal Post Office,” Fletcher added.

However, this wasn’t the first dedication for Deputy Dhaliwal. A year after his death, a portion of Beltway 8 near Highway 249 was renamed in his honor.