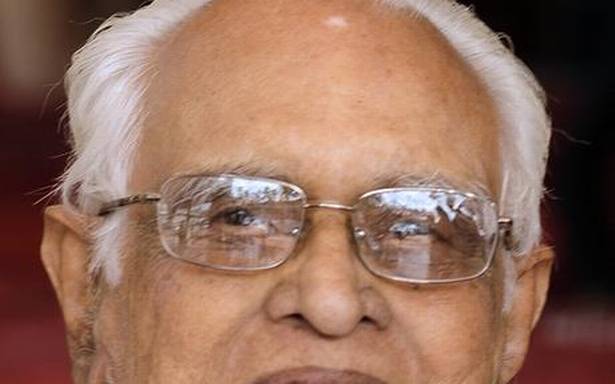 Thayil Kandathil Mammen Varghese, chief editor of the Manorama Weekly and printer and publisher of Malayala Manorama, died in Kottayam. He was 91.

He was the grandson of K.C. Mammen Mappilai, former chief editor of Malayala Manorama, and son of K.M. Varghese Mappilai and Thaandamma.

He did automobile engineering before taking over the family estates in Malabar. Mammen Varghese was appointed manager in Malayala Manorama in 1955 and was elevated to the position of general manager in 1965. He took over as its chief editor in 1973.

He received training in newspaper management, journalism, printing and business management overseas and became a member of the Kerala government’s language committee.

Mammen Varghese served as president of the Indian and Eastern Newspaper Society and chairman of the Audit Bureau of Circulation. He also functioned as a member of the managing committee and working committee of the Orthodox Church. His wife Annamma predeceased him.