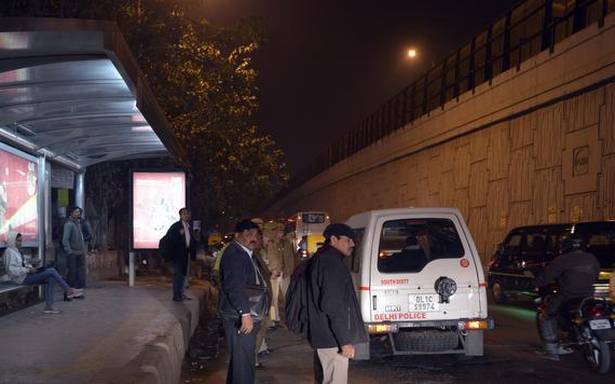 Delhi Police has initiated a slew of measures to improve response time for emergency incidents, but it is still hamstrung by practical hurdles

On December 16, 2012, a 22-year-old woman was gang-raped and brutally assaulted and later thrown on the roadside in south Delhi’s Munirka. That night, Delhi police officers took the victim, who was drenched in blood, to a hospital in a Police Control Room (PCR) van. The woman succumbed to her injuries a fortnight later but her trauma remains etched in the memory of the nation as the “Nirbhaya case”.

Nine years since the incident, nothing much has changed on the ground when it comes to rushing to the aid of an injured victim. On November 5, Rakesh, a 26-year-old man, died after being hit by a truck in south Delhi. His body lay on the spot for an hour and a half till it was finally taken to a hospital.

The police have taken innumerable initiatives to improve their response time over the years, including the latest – attaching PCR unit with districts and enabling the police stations to have their own PCR vans and Emergency Response Vehicles (ERVs). To reduce delays, the Delhi police introduced Centralised Accident and Trauma Services (CATS). But on the ground, none of these initiatives seem to make a difference.

Narrating how Rakesh died, his brother Harish Kumar said Rakesh was getting his bike repaired at a shop around 9.30 a.m. when the truck hit him from behind.

“The repair shop was a minute away from my house and I rushed hearing the commotion. I saw my brother unconscious. Two police officers from a nearby booth also reached the spot on their bike. Rakesh was not breathing, so they presumed he was dead,” he said.

He complained that even if Rakesh was breathing after the accident, “he would have died because of the delayed response by the police and ambulance”.

The Delhi Government has outsourced operations of CATS ambulance to GVK-EMRI Pvt. Ltd. Pankaj Kumar, its finance head in Delhi, said there is no delay in an ambulance reaching the spots. “On a daily basis, we get about 1,200 calls and there are 262 ambulances in Delhi. Each vehicle attends to 5-6 calls,” he said.

Delhi Police spokesperson Chinmoy Biswal said the decision to integrate Police Control Room MPVs and personnel with the districts was aimed at reducing the response time and it has “effectively done so”. The MPVs and ERVs reach within 3-4 minutes as compared to 8-10 minutes, which is a significant improvement, he said, adding that it is an ongoing process of increasing efficiency.

This prompt response, however, did not reach Poonam, 22, a resident of north-east Delhi’s Bhajanpura, who was attacked by two bike-borne snatchers. “I fell on the floor and for a minute or two didn’t realise what had happened,” she recalled.

Poonam, who was robbed of her phone, sought police help and within five minutes, two policemen arrived at the spot. “I told them what had happened and they asked me to come to the police station,” she said. Poonam, however, said that there was no provision for her to go to the hospital. “They treated me politely at the police station but there was no provision to take me to a medical centre,” she said.

There are many like Harish and Poonam who have faced delayed response from the police.

The Delhi police had in 2019 launched a single emergency helpline number 112 through which information could be relayed to the police, fire and ambulance for response. Despite the facility, victims’ ordeal continues.