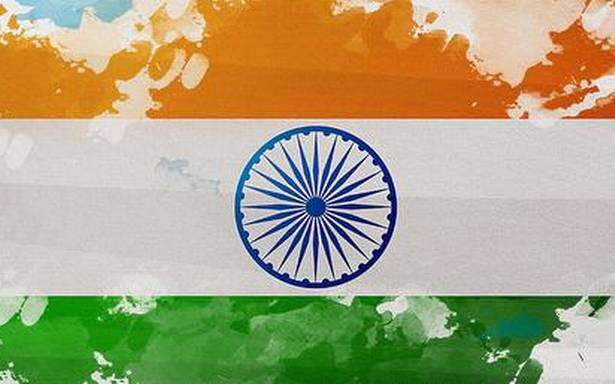 What is the Global State of Democracy report which has recently categorised India as a ‘major decliner’?

The story so far: Between 2016 and 2020 the number of countries that have moved towards authoritarianism has been steadily increasing and outnumbering the number of countries that have seen democratic gains. Since the onset of the COVID-19 pandemic in 2020, democratic backsliding (state actions that erode the quality of democratic institutions, processes) has accelerated. India has been no exception to this global pattern with a sudden extended lockdown in 2020 leading to massive economic and social disruption for marginalised and vulnerable groups. In March 2021 Sweden’s V-Dem Institute categorised India as an “electoral autocracy” while Freedom House listed India as “partly free”. This month another Swedish think-tank, the International Institute for Democracy and Electoral Assistance (International IDEA), has categorised India as a backsliding democracy and a “major decliner” in its Global State of Democracy 2021 (GSoD) report.

What is the Global State of Democracy Report, 2021?

The GSoD report is a document compiled and released by International IDEA, a Stockholm based intergovernmental think-tank that works to boost democracy globally. India is one of the founding members of this organisation. The GSoD 2021 report assesses 165 countries on 116 indicators spread across five identified core attributes of democracy – representative government, fundamental rights, checks on Government, impartial administration and participatory engagement.

What are the findings of the report?

The GSoD 2021 report states that the number of countries that have slid towards authoritarianism is three times as high as those that are moving in a democratic direction. The COVID-19 pandemic has exacerbated this trend. In 2020, the GSoD report can categorise only 59 per cent of the countries on its index as democratic. The report also notes, “70 per cent of the global population now live either in non-democratic regimes or in democratically backsliding countries”. The report counts Brazil, India and the United States as the biggest backsliders. It also identifies illiberal and populist parties, social and political polarisation, economic crises and disinformation as factors that have influenced the decline of democracy. India is described as the “backsliding democracy with the most democratic violations during the pandemic”. The GSoD report further notes that along with the rise in authoritarian tendencies , there has also been an explosion of civic activism. 135 countries (82 per cent) saw protests during the pandemic. The report states that the procedural aspect of democracy, elections, have shown “remarkable resilience” even though some countries saw a decline in clean elections.

What is India’s overall assessment?

The GSoD does not use its data to design a final aggregated score that can be interpreted as a rank. It favours a comparison of indicators of a country with itself over time so that attributes of democracy for that country can be studied individually . The core attribute scores for India date back to 1975 and can be accessed from the public GSoD database. Interestingly, across almost all attributes, India does well between 1996 and 2014. Starting in 2015 the scores give a clear indication of democratic gains being lost. For instance, between 1975 and 1995 India’s representative government score moved from .59 to .69. In 2015 it was .72. However, in 2020 it stood at .61, i.e, closer to the score India had in 1975 when it underwent the Emergency. Similarly, the clean elections score was .85 in 2015. In 2020 it stood at .65. India’s fundamental rights score in in 2010 was considered low at .58. By 2020 it had fallen to .54. Between 2010 and 2020 India’s civil liberties score fell from .65 to .53, while the checks on government score fell from .71 to .58 during the same period. The report also shows that between 2015 and 2020, the media integrity score fell by 7.9 per cent, judicial independence fell by 2.5 per cent and effectiveness of parliament fell by 9.6 per cent.

Thus, the GSoD report does find India to be in trouble as a democracy, viewing it now as a “mid-range performing democracy”. India is also listed alongside Sri Lanka and Indonesia for the lowest score on the religious freedom indicator since 1975. The report also notes that “executive aggrandizement” has taken place in India through “multiple and small scale systemic assaults” which has led to a dilution of checks on the executive.