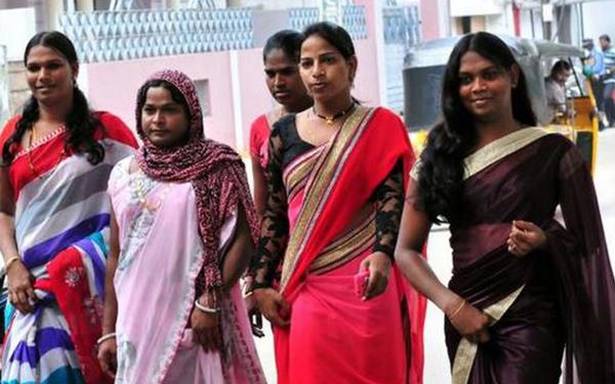 Shruthi, who belongs to the third gender, would beg for a living. It’s been over a year since she earned anything. “There are only two professions that most people like me do – begging or sex work. With the onset of the pandemic and related restrictions, both are ruled out. We can barely afford to pay rent. We haven’t paid our electricity bill for three months. It’s too embarrassing to tell. Collectioney jeevana, but we aren’t even able to do that now,” she said, the dejection evident.

Among the many categories of people for whom the pandemic has been more than just a rude shock, daily life for those belonging to sexual minorities, especially transgenders, has been reduced to a battle for survival. With little or no support from family or friends, they are dependent on each other and some organisations working for their rights to get the bare minimum.

Like Ms. Shruthi points out, she is diabetic and belongs to the risk category. She tries her best to not step out because she is sure she won’t be able to take on COVID-19 if she is infected. “The few times we desperately ventured out to seek alms, no one wanted to see us. They would curse us. I don’t want to take the risk either. If not for the donations, it would be difficult to survive.”

Uma, director of Jeeva, an organisation fighting for the rights of sexual minorities, said the two livelihood options – begging and sex work – have been ruled out for transgenders. “For begging, shops too are reeling under losses and in no position to help. Sex work is anyway not possible. Similar-minded organisations are helping them with basic necessities.”

Ms. Uma said though Karnataka brought about a policy for transgenders in 2017, there has been no implementation whatsoever after its approval.

Those who had all the necessary documents were getting ₹500 a month under the Mythri scheme. “But many migrate and documentation is difficult. Even those eligible were asked to link this document and stopped getting that money.”

Though relief packages were announced for several categories, including one more such package on Thursday, transgenders have not even been considered, she added. “But why are transgenders not considered? Are we not vote banks or humans?” she asked, adding that letters to the Chief Minister and Minister of Women and Child Development went unanswered.

Those from the community point out how a majority don’t even have family acceptance. “The first priority of the policy is conducting a survey. Even that has not been done. The BBMP keeps saying there is ₹1 crore funds for the community, but so far nothing has been done,” alleged Uma.

The community has not escaped COVID-19 either, with deaths of members being reported from places such as Mysuru and Bagalkote.

Sharing an example, Uma said a transperson who lives alone in Bengaluru recently tested positive. The BBMP call came and the person opted for home isolation as it was a mild case and the civic body promised to send the medical kit. That never arrived and upon checking, they said there was a shortage. One was finally arranged after mobilising social organisations and doctors.

Those in rural areas are finding the going tough too. Bharathi Mahadevi Kamble is a jogappa in Belagavi’s Raibag. But it’s been over a year since she carried out her profession. “Due to the lockdown, even temples are closed. We are getting donations from organisations for basic ration. In the village, everyone’s doing badly. We haven’t got help of even rations or a rupee. No MLA, no panchayat member has asked how we are living. If we get COVID-19, then I don’t know what we will do because we barely get money for food,” she said.