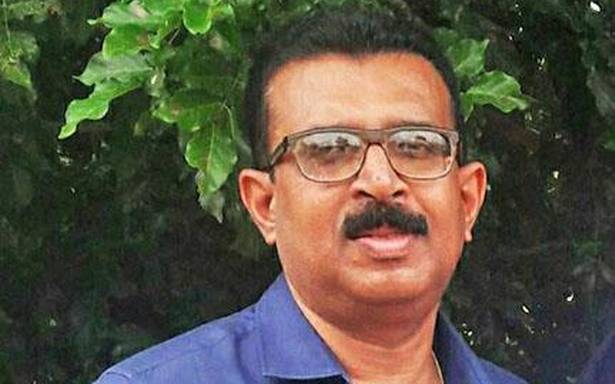 S. Anil Radhakrishnan, 54, Chief of Bureau, Kerala, The Hindu, passed away at his house here on Wednesday.

Anil’s sudden passing came as a shock to his family, colleagues, neighbours and friends.

A doctor later certified heart attack as the cause of Anil’s death.

Anil joined The Hindu in 1996 after a five-year stint in the Press Trust of India (PTI) in Mumbai. He acquired his master’s degree in journalism from the Department of Journalism, University of Kerala, in 1992. He had passed the course as a class topper.

Anil was known in The Hindu for his passion for work. Scarcely a newsday passed without one of Anil’s reports on The Hindu’s Kerala pages. He doggedly tracked his beat and was abreast of the latest developments.

His vast and deep sources in the areas he covered, high domain knowledge and an infallible work ethic kept Anil on the top of his expansive beat. He was the mainstay of the editorial bureau.

Recently, Anil had authored several breaking and nuanced articles on public finance and Centre-State fiscal relationship. He had also written many human interest and nature stories.

During his time as head of the city bureau, Anil had proved his news leadership skills.

He had a vast circle of friends.

Anil had also served as the district secretary of the Kerala Union of Working Journalists and head of the Kesari Memorial Trust. He had attended a fortnight-long programme for journalists in Washington in mid-2000.

The cremation will be held at Santhi Kavadam, Thycaud, at 10 a.m. on Friday.